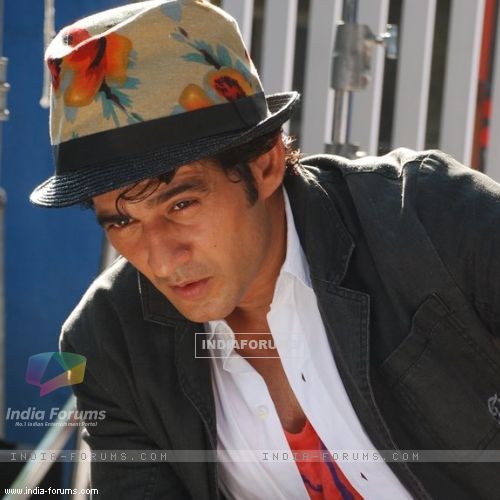 One of the finest actors of TV, Hiten Tejwani who has showcased his acting skills in many popular shows and also seen as the host of Savdhaan India, talks to us about his journey in the industry, completion of 1000 episodes of Savdhaan India - India Fights Back and more...

Talking about the popular crime based show Savdhaan India which has completed 1000 he says, "I think through this show people have got to know lot of things.  It has always given a social message. The best part of this show is the approach, along with projecting the issues it also informs us about the laws and in what manner it can be used."
How has Hiten's association been with Savdhaan? "Its been wonderful. Initially when I got a call for the show, I was very happy to know that at least I will be able to contribute some thing towards the society by being the part of the same."
As Hiten has completed a decade in the industry and over the time has immensely shown his impeccable acting skills in many shows, when asked him about his journey so far... he says, "Its been beautiful. I have grown myself at every stage. I think every step takes you somewhere in life, sometimes there are situations which we don't face in our life but we come to know about those situations through the characters which we play in our shows."

As Hiten and Gauri's was admired since the time of Kutumb and now after a decade the couple will be seen together on the small screen in the popular show Meri Aashiqui Tumse Hai, when  asked Hiten to share his experience with us he says, "Kutumb was the first show where we worked together and it was a beautiful experience. We are working together again in Meri Aashqui Tumse Hi and I am enjoying it again because you share a different comfort level when you work with your real wife."

Coming to Children's Day, we ask Hiten about special plan for the day and he says, "We don't plan anything instead we ask our kids that - What do they want? They have to decide that what they want to do on Children's day."
Well Hiten its nice to see your love for kids!
Phalguni Sharma

6 years ago hiten ws superbbb in savdhann india. eagerly waiting 2 watch him with gauri once again MATH. luv them alottt.
may god bless this adorable family.

6 years ago I love Hiten Gauri a lot ever since Kutumb, they are both great actors. I am so glad to see them together finally after five years and cant wait to see cute scenes soon inshallah. I wish both of them and their kids best in life. love u guys :) &lt;3

khushi_dutta 6 years ago as host on a serious issue based show Hiten is the most amazing star.i congratulate u for the success of ur show,1000 episodes of Savdhan India.

6 years ago HITEN is the Finest Talents of Indian TV since a decade now be it acting or hosting he's grrr8 at both. Congrtas to to Hiten n SI's team on 1000 episodes!
i was Super excited to see Hiten's entry as Nitin in MATH and now i am eagerly awaiting to see more scenes of Him with Gauri. Wish Them Both n their lovely kids the very best in life always :)

+ 2
6 years ago hope to see a proper track of hiten gauri in upcoming episodes of MATSH.. all the best to hiten for all his future projects

6 years ago Hiten is doing fantastic job in SI... love his entry as Nitin waiting for his more scene with gauri...

+ 2
6 years ago Hiten was amazing in SI, i am watching meri aashiqui tum se hi just because of hiten-gauri, they r doing fantastic Job as nitin-falguni and their chemistry can not be put in to words...loads of love and prayers for hiten, gauri and nevaan and katya