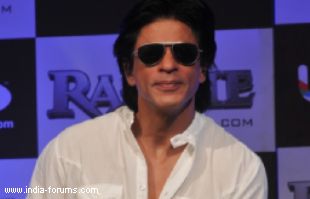 New Delhi, Oct 23 Shah Rukh Khan, whose romantic sagas on silver screen made him a superstar, tried something different with his superhero sci-fi thriller 'Ra.One. But King Khan says he has once again ended up making a love story.

The mega-budget film is releasing Wednesday on Diwali.

'Watching the first copy of Ra.One...Damn! realised yet again I have made a love story...a love story between me and my dreams,' the 45-year-old posted on micro-blogging site Twitter.

Shah Rukh is trying to reach out to the maximum number of people by aggressively promoting the superhero film in two and three-tier cities, apart from the metros.

He has even tied up with channels and brands to sell the superhero film's merchandise.

Made at a budget of over Rs.100 crore, 'RA.One' is directed by Anubhav Sinha who also roped in Arjun Rampal and Kareena Kapoor for important roles.

Shabana Azmi speaks about recovering from her Devastating ...
9 minutes ago

Who is AK in Sushant's Unseen Video that has Surfaced? Watch ...
13 minutes ago

No Bail for Rhea Chakraborty and Showik Chakraborty? Bombay ...
49 minutes ago