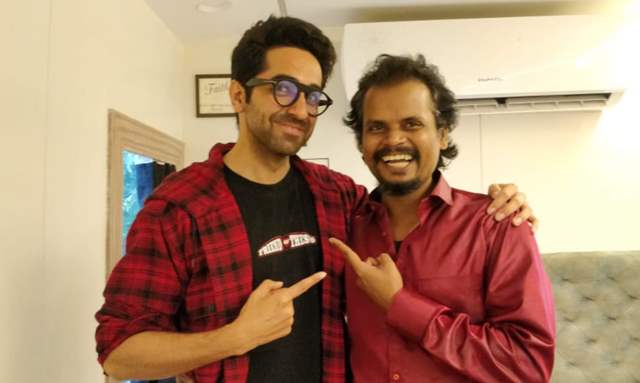 Actor Nalneesh Neel who was seen in Fukrey Chhichhore, sab kushal Mangal will be seen in film Gulabo Sitaboo playing a pivotal role, directed by Shooting Sircar, will be streaming on Amazon prime on 12th June.

On sharing his experience on working with Ayushmann, "I have seen his films and he has done a great job. So I was very much excited to know that Ayushmaann is working with us too. We used to have a lot of fun on sets offscreen. He used to mimic my gesture. He always gives comfortable space to his actors. I got to learn a lot from him. I hope I get to work more with him in future."

On sharing about his working experience “The whole experience of the film was a memorable one for me. When we went to his place for reading and our shoots in Lucknow were all great experiences. There are many interesting scenes in the film which you will get to see and I cherish them so much. Even with Shoojit Sircar it was really phenomenal and I feel fortunate to get casted by him.”

Recently, Gulabo Sitabo landed in trouble after the screenwriter of the film - Juhi Chaturvedi was accused by late writer Rajeev Agarwal’s son, Akira, for plagiarising his father’s story.

Mohit Kumar: Surviving in Mumbai without work is tough; it's ...
37 minutes ago