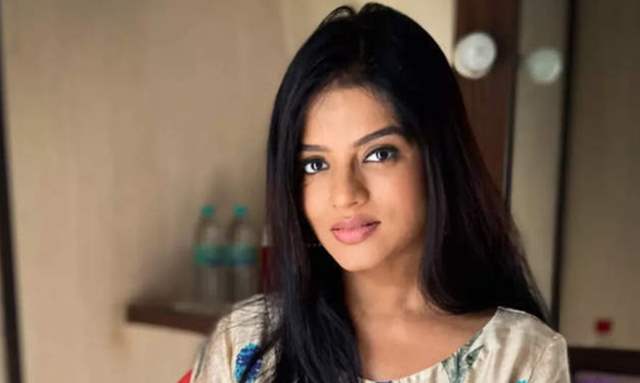 Star Plus' Ghum Hai Kisikey Pyaar Meiin recently took a leap and the makers have planned major high voltage drama. Apart from the twists and turns, all characters have become household names.

And one such character of the show is that of Devyani played by Mitaali Nag. The show recently took a leap and India Forums got in touch with her to know more about the same, "The audience has showered their love on us from the time our show has been launched. As of now Sai and Virat are living their separate lives, so I feel somewhere down the line they will get reunited being the hero and the heroine of the show. What would be exciting to watch would be if the new gen will also play a role in reuniting them or it will only be team Sai i.e. Devi, Pulkit, Shivani, Rajiv, Mohit and Ashwini as always.

Talking about the experience she told, "I will always remember the outdoor schedule during the last covid lockdown in Mumbai. We had the best time shooting there, also we did achieve the number 1 position while we were shooting outdoors!

Mitaali Nag has been part of popular shows like Afsar Bitiya came to Mumbai to become a singer but destiny had different plans for her and she became an actor. The show to change things for her is Afsar Bitiya.

+ 12
3 months ago Let us the know when that down the line is, so that we can skip the middle of the line episodes and directly go down the line. Thanks and regards.

3 months ago Rajiv has left the show i guess.Please explain to Virat how much injustice he has done to Sai, else she would have never left.

3 months ago Somewhere down the line? When? For God's sake please don't reunite them. Everyone are happy in their own space now. End the show ASAP!!!

+ 4
3 months ago Are they going to reunite in the last episode.. Lollss.. Vanker should then keep away cn zoo and pakhi's face away.. These kids are like breath of fresh air..

+ 3
3 months ago Team Sai has no dialogues. And they always let Sai down Otherwise, Devi would've counted what all Pakhi has done to Sai and Virat's life

+ 6
3 months ago Ofcourse I want SaiRat reunion but not with any involvement of CN Sai team. SaiRat should get back with their kids clearing their issues. Request to makers not to spoil the blissful atmosphere by bringing CN and Patralekha around.