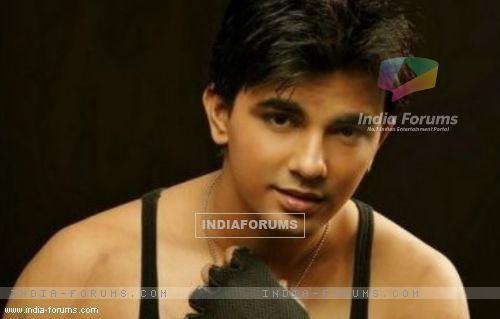 The good looking and talented actor Gaurav Sharma who is perfectly essays the character of terrorist Rajkumar in Shashi Sumeet Productions' popular show Diya Aur Baati Hum on Star Plus, is quite excited and happy to play this character along with doing Big Magic's comedy show Naadaaniyaan - Teen Nadaanon Ki Kahaani. The actor is perfectly balancing between his two shows and is happy with the responses he has been getting for his role.

TellyBuzz quizzed the actor to know more about his re-entry to the show, his experience playing the character and much more in this conversation with TellyBuzz...

How has your experience been so far?

It's been a superb experience so far as I like doing negative characters. Most of the times, I get positive roles to play but this time I have got a negative character to play which I have also done earlier. I am enjoying playing it. Before this, I have done Nadaniyaan which was a comedy show. As an actor, sometimes we have to make people cry and sometimes we have to make people laugh. I enjoy doing both. It's our work as an actor that sometimes you will have to do positive roles whereas sometimes negative and I enjoy playing the characters having different variations. I feel lucky to do two shows having opposite characters.

How did you prepare yourself for playing this character as the character has now undergone through a transformation?

I used to think about it a lot about the transition of the character and as an actor, how can I prepare for myself. I used to imagine myself as a terrorist like how I would have been if I was a terrorist and living with a family by disguising myself.

How has the response been so far?

The responses so far have been good and people are appreciating my work as an actor. I do get hate mails from the fans and it's quite obvious as the admirers of Suraj and Sandhya love them so much and they do not like the fact that from where did this someone enter in their life and has been trying to separate them. The people, who are judging my work as how I am working as a villain, are appreciating my work.

You have also worked upon your look...

Earlier Rajkumar was healthy but now as his character is shown frustrated who wants to take revenge from Suraj-Sandhya and has been in the jail for a long time. So according to the character, I have lost some weight like how a person would become after being in jail and by having simple food. I worked upon my health according to this so that I will look believable.

How is the team to work with?

I have worked with good teams earlier but I share a very good bond with the team of Diya Aur Baati Hum. Earlier also I received a warm welcome from all of them, we used to sit and eat together and talk a lot. It's the same even now also. I share a good bond with Suraj (Anas Rashid), Sandhya (Deepika Singh) and Zakir (Neil Bhatt). Everybody is very understanding and good here.

What was your reaction when you got to know about your re-entry to the show?

I was very excited. Last time when my track was ending then I got to know that they are planning for the re-entry of my character. I was so excited to know about my re-entry to the show with a complete transformation of my character as now it's completely negative as compared to the earlier one. Now Rajkumar is creating terror amongst the people. I had completing doing comedy from the past one year so it's good to play a different character like this.

What's more difficult for you as an actor; comedy or a negative character?

After 'Yeh Un Dinon..', Shashi-Sumeet Mittal To Make a Show Based in ...

nandini3399 6 years ago Love u Rajkumar. I only watch DABH becoz of you. And in Nadaaniya u r too good.

Ranjeeta_ 6 years ago Anas Rashid, Deepika, Neil and Gaurav, you guys are doing a great job, thumps up for Diya Aur Baati Hum :)