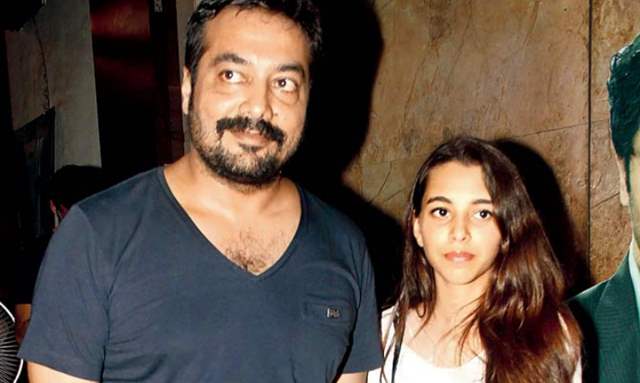 Anurag Kashyap’s struggle speaks volumes about his journey in Bollywood. Being an outsider he has single-handedly tackled Nepotism in Bollywood with sheer talent and his love for making cinema. The filmmaker has actively spoken against Nepotism and he does not plan on continuing the tradition.

The 47-year-old filmmaker was recently asked what he’d do if his daughter, Aaliyah, expressed a desire to enter the film industry.

“She’s an adult, she has to choose, but definitely she has to learn,” Anurag told NDTV in an interview. “She can’t wake up one day and say ‘I want to be an actor’. If she wants to do it, she has to struggle for it and go and audition for it and win a role somewhere,” he added.

Anurag mentioned that given his area of expertise, it’s unlikely that he’d be able to write a role for someone like her - an urban kid. He said, “I don’t think I write movies which are so urban where she will fit in. She’s an urban kid, she’s not a street kid like me.”

Speaking about his equation with his siblings and filmmakers Anubhav and Anubhuti Kashyap, Anurag said “My brother does not need me.”

He added, “Right from the beginning of our lives and our careers, it has been very clear that we will carve our own paths. My brother thinks very differently. We have different political ideologies, we look at cinema differently...”

About why he doesn’t speak on behalf of his brother, Anurag recalled, “When I was shooting for Gangs of Wasseypur, the news came out that Arbaaz Khan will direct Dabangg 2. I immediately reacted on Twitter. I was very upset. My brother called me and asked me to delete all the tweets. I deleted all the tweets because my brother said ‘I have chosen not to do Dabangg 2 and you can’t do this, and never interfere with my business’.”

Recently, Anurag Kashyap made it to the headlines after he got into a feud with Kangana Ranaut over insider vs outsider debate.