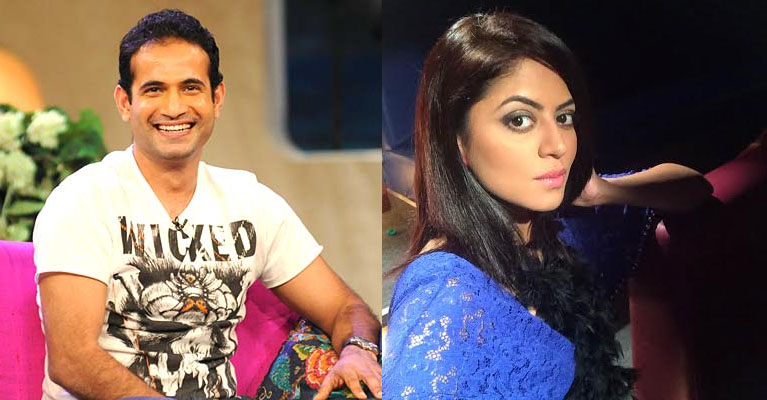 Jhalak Dikhhla Jaa 8 will now see Irfan Pathan who is now a part of the show 3rd week onwards. The cricketer is already getting along with the contestants & feels Kavita Kaushik to be his competitor.

Irfan Pathan's late entry in the celebrity dance reality show will be something to look out for as the nation will see the cricketer dancing every week to different dance forms.

Sources confirm, 'The cricketer is gearing up to dance keeping up with the show's high standards. When host Manish Paul quizzed Irfan on who he considers as his competition, without much thinking Irfan mentioned the F.I.R actress Kavita Kaushik.'

Source adds, 'Kavita was rather surprised as why would someone pick a non-dancer like her to be somebody's competition, Irfan confessed how he had been a loyal viewer of the show F.I.R & believes Kavita is a fine actress & will be a better performer.'

+ 3
5 years ago What if these two got hooked up in real life - that would be smashing.

+ 2
5 years ago I like irfan patan qn as cricketer..looking forward for his dance

+ 3
8 years ago Aww.. this was so thoughtful of him! Belated happy birthday to Vedant!

+ 3
8 years ago Children shud be taught good things when they r still young so that they grow into better and responsible adults.

8 years ago A GENUINE HEART WARMING STORY!
#
NICE ONE VEDANT...WAY TO SON!