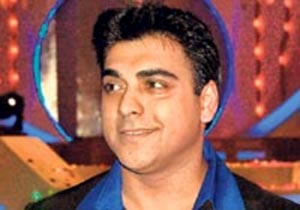 Giving an insight about the character, Ram who is popularly known as Jai Walia says, "I am just playing myself, the TV star Ram Kapoor". When asked about the experience he had in taking part in a Bollywood flick Ram quips, "Well, this is not my first appearance in Bollywood. So it was a nice experience". Talking about his cameo in Golmaal Returns, Ram says, "It was a very quick shoot, I shot the sequence in just 10 minutes". When asked about any other Bollywood offers up his sleeve, he mentions "No, not at all, I am very happy with television and about further projects in television, I only do one project at a time and now it is Kasamh Se".

Adding further, Ram says, "Kareena Kapoor is portraying a character who is a crazy fan of television soaps and that is where Jai Walia enters. Golmaal Returns is expected to hit the screens on October 24, 2008.

14 years ago So cool, I am glad he is playing himself. But it will still be hard to see the serious JW as a complete flirt. I remember laughing hysterically when I re-saw our khadoos JW dancing carefree in Monsoon Wedding.
By the way I will be the one screaming and cheering loudly in the theater when he comes on screen.

+ 2
14 years ago thanks for the article....as a ram fan i am proud that he has made his fictional character jai walia soooo popular that he was invited to do a cameo in a movie playing ram/jai....as he said he has done bollywood before but this is with invitation coz he has reached a certain level in his chosen profession that his 2 minute appearance will enhance the salability of the whole film...i love it...and i really look forward to seeing ram/jai combinaion...

14 years ago i'm looking forward to his cameo appearance !!!!!

14 years ago thanks for the article!!
good luck RK!!