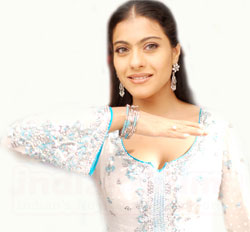 'U, Me Aur Hum' may not have got a great opening like Shah Rukh Khan's Om Shanti Om, but Kajol is happy that she was a part of the project. When I meet her at her actor-director husband Ajay Devgan's office in Juhu, Kajol confesses that it was not very tough to play the role. Kajol adds that she was confident that people would be able to identify with the role, when Ajay narrated the role to her. Here is a chat with the actor.

"I had a superb director to back me. I should undoubtedly give the entire credit to my director for the ease with which the character of Piya has unfolded on the screen in 'U, Me Aur Hum'. The best thing that I liked about my character in the film was that besides the fact that she was normal and not handicapped in any way, Piya had a wicked sense of humor and at the same time, she was a little vulnerable too."

Kajol kick started her career with the film 'Bekhudi', more than a decade ago, with Kamal Sadanah as her leading man. Kajol is practical enough to confess that her role in 'U, Me Aur Hum' is not the best in her career till date. "Every role that I have done has been the best at that particular point of time in my career. Since my latest release is 'U, Me Aur Hum', I feel that it is my best as of now." Kajol quips.

What is interesting about Kajol is that she is capable of throwing surprises not only as an actor who gets into the skin of various characters but also as a person who can shock you out of your wits with statements you do not expect at all. "I want to do films that I want to watch. I watch very few films for my entertainment. As far as I am concerned, happy and positive films make me laugh. I am not against other kinds of films, though I may not be tempted to be a part of it. For instance, if tomorrow Mira Nair offers me a comedy film, I'd gladly grab it, without a second thought."

She disagrees when you tell her that married actors are not accepted by the audience when they set out to stage their comebacks in films. "For your information, I acted with Ajay in films like 'Raju Chacha', 'Dil Kya Kare' etc only after I was married to him. Didn't 'Fanaa click'? I had acted in it after my baby Nysa was born. Didn't I? I think that if you choose the right role, you can click, especially if you are a married actor, that too with a baby. If I had made my come back with a film in which I played a college girl with a short skirt, I am sure I would not have succeeded. You should know to choose the right role."

Kajol confesses that she has mellowed a lot and is not the fire-brand rebel that she once was. "I think motherhood changes you in many ways. Motherhood removes the chasma which is experience and you start looking at people in a different way and also judge them in a different way. Your perceptions about people too changes. The way Nysa looked at people changed my pre-conceived notions too."

She adds, "Today, thanks to my growth as an actor, I feel that I can adapt my technique. I did not know what technique was earlier. I have, over the years, actually le
Featured Video 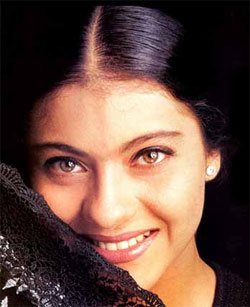 arnt a method to acting, and use it honestly with a lot more expertise and finesse."

She continues. "I have not heard Karan's script. It would not do him and his project justice, if I tell him that I'd do his film without listening to the script, though as a friend, he trusts me enough to let me make a decision and vice versa. Our friendship is so strong that it will stand the test of time, whether we do a film together or not."

Kajol is happy that she agreed to be a part of the TV show 'Rock N Roll Family' with her mother Tanuja and her husband Ajay. "We were offered a lot of reality shows earlier but we kept on declining each of them, although we appeared in one episode of 'Little Champs'. We agreed to be in 'Rock N Roll Family' because of the concept. It is about the family and the principles that we believe in."

Though it was a life long dream of Ajay to wield the megaphone, Kajol says that she does not plan to take up direction. "I'd say that as of now I am not inclined to take up direction, though I do not know what is in store. Unlike Ajay, whose strength as a director is his clarity, I am a selfish actor. Mujhe sirf apne kaam se mutlab hain. I am in fact surprised that Ajay and I never had any disagreement throughout the shooting of the film. I have had some point of disagreement with almost every director with whom I have worked till date. In fact, I'd say that the director Ajay Devgan exceeded my expectations when I worked with him."

"I hope that I have affected Ajay a lot. I have taught him a lot and vice versa. I believe that any marriage works only if there is a lot of give and take between the couple. In fact I agree one hundred per cent with the message that 'U, Me Aur Hum' sets out to drive home. That man makes a problem bigger though it is never bigger than a man. We make the solution impossible, because we do not make an attempt to solve a problem, since we concentrate more on the problem than the solution," she concludes.