'I am not a ramp-friendly person, as professionally I have walked the runway just for a couple of months. You can say I am out of practice,' Chopra said after she turned out for designer Ritu Kumar at the inaugural show of the HDIL Indian Couture Week here late Tuesday.

'In movie making, we have so many cuts and takes that we can cover up our goof ups but on the ramp, everything is live. Hats off to the professional models who do it so gracefully,' Chopra told IANS.

Chopra had first walked the ramp for Kumar when she was just 16, and doesn't remember the last time she did so professionally!

'I have been doing it for friends only, like I did today but apart from that, I do not remember when was the last time I did it professionally,' Chopra said.

'After winning Miss World title, I shifted to movies so there was no scope of doing it on a professional level.'

Chopra had made her Bollywood debut with Anil Sharma's 'The Hero: Love Story Of A Spy' (2002) but climbed the ladder of success two years later with 'Aitraaz', in which she played a negative role. Very soon, the actress will be seen in Madhur Bhandarkar's 'Fashion' in which she is plays the role of a supermodel named Sonia.

'I have got so much into the skin of my character that while walking the ramp (Tuesday) there was a sense of deja vu that director would yell 'Cut'. Of course, that did not happen,' Chopra said smilingly.

On Tuesday, the actress looked beautiful in Kumar's outfit - a maroon lehnga with intricate zardozi work all over and a green choli, with a big emerald green maang tikka on her forehead.

Speaking about the outfit, Chopra said: 'Her collection has always been elegant. It's understated and yet makes one look stunning and beautiful.'

Said Kumar: 'She is my favourite Miss India. I know her for ages now!'

Chopra couldn't do anything but smile after the designer diva publicly admitted her fondness for the actress. 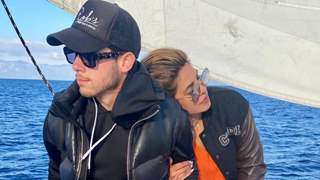 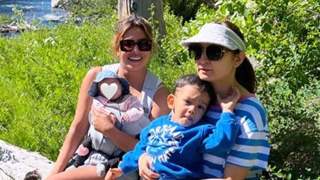 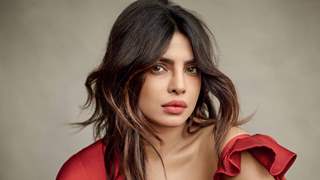