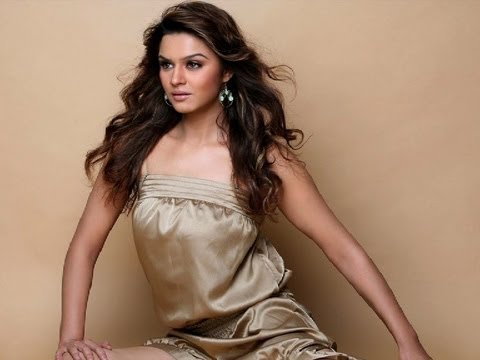 The beautiful Aashka Goradia has left no stone un-turned to mesmerize the audience. Not only is she very good looking she is also a brilliant actor who does not believe in monotony. Always up for experimenting new characters, Aashka who is currently seen Dheer Bai Bhatiyani in Sony TV's Bharat Ka Veer Putra - Maharana Pratap will now be seen in SAB TV's Baal Veer as well.
While the actor is juggling between two costume drama's we speak to Aashka on her perspective of essaying varied characters on-screen.
You are doing Maharana Pratap along with Baal Veer. Please tell us what prompted you to take up a show catering to kids?
I have had a long run in my career. I started with a comedy show, have portrayed various characters like a good bahu, a sister and now a queen. The only thing I left was a fantasy show.
The reason I chose Baal Veer was because I wanted to be a part of a fantasy show, which is churned out in large numbers. The best part about being an actor or for that matter a creative of a fantasy show is that they can create whatever they can imagine.
Your take on leaps?
I feel lucky to be one of those actors who has tried to experiment with different roles on television and not do something monotonous. People have segregated character sketches to being positive or negative.
In my view, an actor's focus should be the character and not whether it is in positive light or what age group it belongs to. When Maharana Pratap took a leap, it did not matter to me because I was more focused on enhancing my character than anything else.
Which other genres would you like to experiment?
I would really love to be a part of a show catering to the youth.
How was it to shoot with the protagonist of Baal Veer - Dev Joshi?
Dev Joshi is a wonderful kid. Since we both belong to the same hometown - Gujarat, we had an instant 'Gujju connect'.
Well said Aashka!
Shachi Tapiawala Rathod