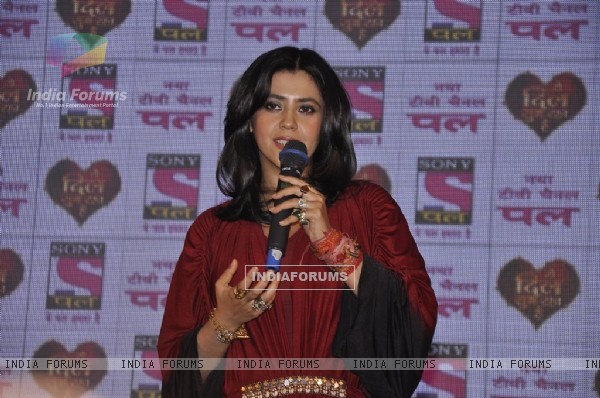 It is known to everybody out there that the actress Shweta Prasad's name was allegedly highlighted in the media for a prostitution racket. While many TV celebs have favored the actress and have been sympathizing with her, Ekta too voices out her opinion.

Shweta Prasad who has been awarded the National Award and being an actress, her name was dragged in this matter, annoying many people.

Versatile actress Saakshi Tanwar who played Shweta's mother in Kahaani Ghar Ghar Ki sympathized with her and stood for her.

We got in touch with the acclaimed producer of television Ekta Kapoor to know her views about the scandal and she averred, "I am not answering for that poor girl".

Well, it looks like that Ekta Kapoor feels sympathetic towards the little girl.

RheaSingh 6 years ago its a matter of shame and disgrace that she doesn't want to talk abt the girl who was part of her two shows kahanni and kutumb. this is really a pathetic side of celebs. i simply loathe. one more reason to hate them

columbia 6 years ago She used word poor so it looks like she feels sympathetic - what kind of reporting is this??? For all of her women oriented shows this was a response she could come back with??? Hail Sakshi T who is a classy lady as for Kekta less said the better

LovingRaYa 6 years ago Sakshi tanwar always honest in her approach