Ayaz Khan may be a known face in the numerous commercials that he has done and also seen briefly in Honeymoon Travels Pvt. Ltd and Bluffmaster but it was playing the second lead in Jaane Tu Ya Jaane Na that has brought Ayaz into the limelight. Having made his debut with Aamir Khan Productions' Jaane Tu Ya Jaane Na, it is no looking back now for the handsome actor.

"I have recieved a lot of positive response for m 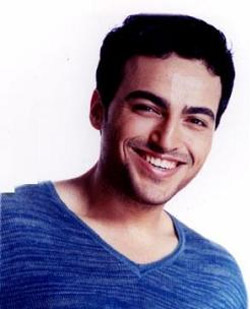 Featured Video
y Jaane Tu role despite the role bordering on a slightly negative side," Ayaz says. "In my first major role in a Hindi film, playing the second lead and getting beaten up by the hero was not so much of a concern for me. When Abbas (Tyrewalla) narrated the script to me, he warned me about the ending but there was so much scope and it was a performance-oriented role. It was a good build up. In fact, critics have individually spoken about my performance. My family is very happy with my performance. My brothers who are doctors and engineers in UK were amazed at my role. What more could I want?" the excited actor adds.

Nevertheless, Ayaz says that he is happy that he has come into the industry when roles are more character oriented. "I am happy because now performances are more character oriented. They do not specially focus on the hero. I am practical and I have done 250 commercials and 150 print ads. As long as my role is performance based I do not mind doing positive or negative roles," winks the budding boy.

Now that his Jaane Tu... role has been well recieved what's he planning next? "Well, I am going through scripts. When I got a good response to this role, I have to be careful about the films I choose. I am not desperate to do roles just for the heck of it. I am not worried about how I look in the film but my performance has to stand only. Only if my heart and mind agree to it I will sign the film. I am here to work hard and I've made everyone proud," signs off the model turned actor.