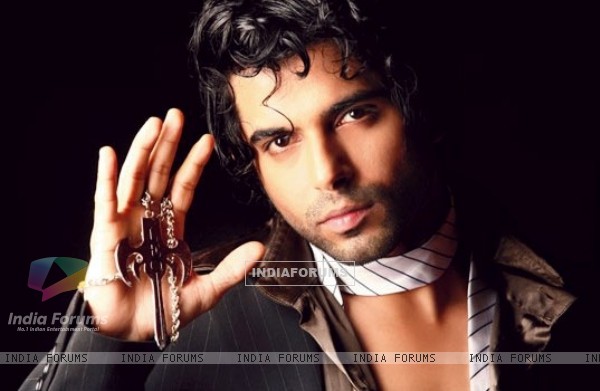 With five movies already in his kitty, it seems to be that his sixth film has been the lucky one for actor Raj Singh Arora.  Girls had drooled over Raj in the Remix days after which the actor was seen in Kahaani Ghar Ghar Ki, numerous ad films and the latest of course Yeh Hai Mohabbatein.  Raj also juggled with bollywood films as he was seen in films like Teri Meri Kahani, Jayantibhai Ki Luv Story, etc. Yet the actor has received his best reviews in the film world with his latest Gabbar is Back.

Speaking about the film Raj says," I wasn't sure about my role in the movie as it was a cameo. In fact, I had thought that the film will be a typical masala entertainer but its gone way beyond that.  I was supposed to shoot for 15 days but I was able to shot only for four days due to lack of times. However, audiences have really appreciated Govind and I have been getting so many calls, emails and messages appreciating my work in the film.  Though I have done many films in the past, I have never gotten such recognition which I have received from Gabbar.  It was nice to go watch the film with my family and in the end, people around us in the cinema hall recognized me and complimented me for my work."

We wonder what is on the plate next to which Raj answers, "I am expecting more offers after Gabbar. In fact the makers of the movie have told me that they might come up with the sequel of Gabbar in which they may give me a full-fledged role. The director of the movie used to appreciate me after all my shots because I try to give my shots with perfection."

We are Raj's fans after Gabbar are hoping to see the actor more on the big screen.  What say?

simplypreeti 5 years ago I wish you all the very best Raj.. You can act well. Your dialogue delivery is impeccable. I so hope you shine amongst A raters..

ruhi08 5 years ago Loved to c u in gabbar.awesome work
I was very happy n excited while watching u in gabbar. Wish to c u in more n more movies .
All d best

i think unusual pairings can work... and i agree with the member tht sed sonakshi luks better paired with the older actors--she's gt better chemistry with them

Riya3193 8 years ago No offence to anyone but I personally believe that Sonakshi looks better paired opposite older actors. For some reason she looks older paired opposite actors around her age. I mean if a script requires the actress to be older then the actor then it should be fine...Anyway anything can happen in bollywood

It's ok for a 50 something man to romance a 20 something woman but God forbid if it's the other way around! A cow with a stud? Tauba, tauba! (Excuse my sarcasm)

Ok, Konkona is a few years older than Ranbir and they looked great in 'Wake Up Sid' same with Rani and Shahid in 'Dil Bole Hadippa. But I'm talking about much bigger age gap then 3-4 years.