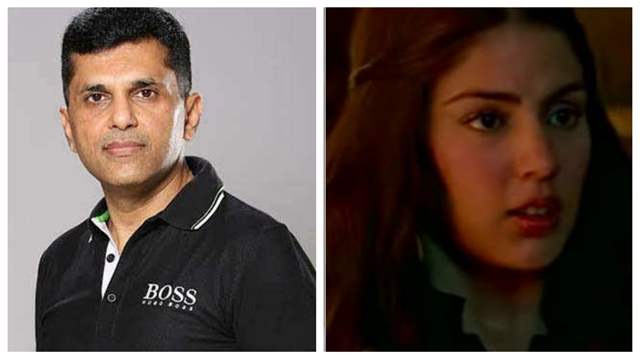 This past year has indeed been a nightmare for actir  Rhea Chakraborty's where apart from being the central talking point in actor Sushant Singh Rajput's death case, she was later involved in a drug case as well. While both those cases have almost lost fizz but proceedings continue, another question arose in terms of acceptability of the actor in the films.

Chakraborty plays a small role in the film Chehre starring Amitabh Bachchan and Emraan Hashmi which was another talking point when the trailer was recently launched. Many have professed their problems with it but the makers of the film are backing the actor entirely. After director Rumi Jafrey did the same, now producer of the film, Anand Pandit has come forward to do the same as well.

In a conversation with SpotboyE, Pandit said, “She is an integral part of Chehre. I am completely supporting Rhea." Director Jafrey added to this, “Rhea was always meant to become a part of the promotions a little later. How  can she be left out?”

But the fact of the matter is that Chakraborty has a small role in the film about which Jafrey said, "We can't increase her visibility to prove any point."

We wonder how will the viewers react to this.