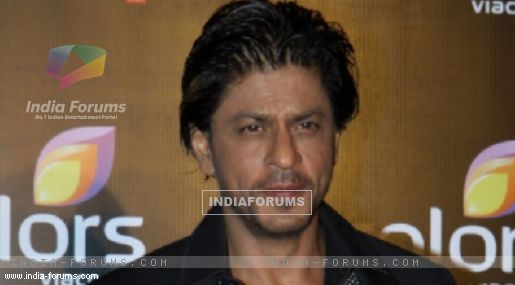 Superstar Shah Rukh Khan seems to be fed up with questions on his rival Salman Khan and says he is bored of it now.

When asked whether Salman ever gifted him a painting as he is a better painter, Shah Rukh said: "It's an old question now and we have hugged each other and we are friends. It's been too many years now that you all are asking me the same question ... I am bored now."

The actor also took a dig at Aamir Khan starrer PK film's poster at the announcement of the Got Talent World Stage Live.

When the host of the show Mini Mathur asked Shah Rukh if he wanted to show his hidden talent under his belt which was not known to the people yet and he wanted to show the world, SRK said: "Now it's getting vulgar...show the world what you have under the belt (laughs)...muje aisa laga PK poster ki baat kar rahe hai hum."

Aamir Khan's PK poster shows the actor in the buff holding a radio.