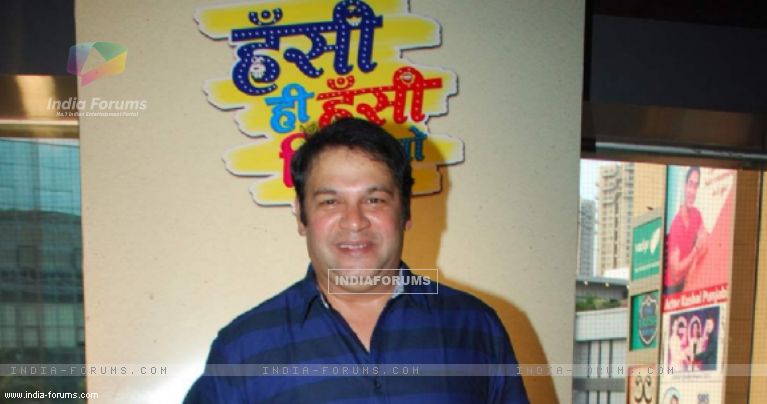 Funny man Suresh Menon, who is known for his comedy and was last seen shaking his legs on the dancing reality show Colors' Jhalak Dikhhla Jaa Season 6, is set to come back with a new comedy show Hansi He Hansi...Mil Toh Lein on SAB TV.

In conversation with us, Suresh talks about the show and his interest towards comedy.

Here is Suresh Menon talking about the same -

Talking about Hansi He Hansi...Mil Toh Lein, well I hate to use terms like it is a different show so, I would just say that this show is a full package in terms of different gags and stand up comedy.  I think they got it all right in a perfect manner.

SAB TV is a channel that is far away from any controversies and keeping the culture in the mind, the channel has made this show. I completely loved the way the show is made and so I decided to be a part of this lovely comedy show on a generic comedy channel.

I have never bothered about any competition or threat. There are different comedy shows that are doing great on television but I don't see them as my competitors nor do I feel any threat. I just do my work and leave and when I see my work it gives me a satisfaction that I have done a good work.

Along with this show, I have an ongoing channel on the YouTube namely Comedy One where I make Spoofs of shows like KBC and also we use some adult humor there, so I am always connected to comedy.

I like to play different styles of comedy especially that of silent comedy and stand up one. So, I prefer below the belt comedy the most.

The show has a clean comedy with a good and real fun bringing a mad humor for the fans.

It will be indeed a pleasure to see Suresh Menon back on Television.

We wish Suresh good luck for his endeavors!

+ 8
8 years ago Hrithik Roshan should play the role! :) He is the best actor!

8 years ago great story... RGV and Amitab bachan will rock this movie. Sarkar 1 and 2 was really good.. i hoppe they dont offer abishek bachan any role cause he cant act...
for girls they should someone who can act in tense, action, sad situations. katrina... dont even think about it.. cause sarkar will become a stupid comedy crap..

8 years ago I don't understand why Big B is so fond of working with RGV...enough of this duo...give us a break.

+ 5
8 years ago personally i preferred sarkar over sarkar raj... didnt like sarkar raj much... bt is der any point in making a 3rd sequel considering abhi was shown dead in the end of sarkar raj