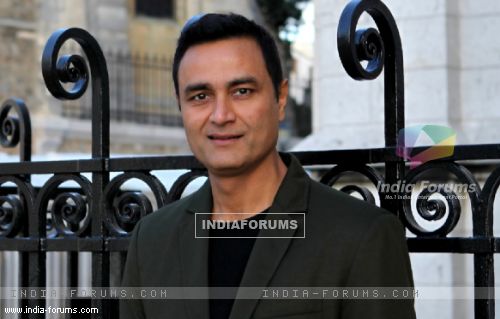 Ace producer Sumeet Mittal, whose very popular show Diya Aur Baati Hum on Star Plus is still holding the top position in the TRP chart, has now came up with another show Tu Mera Hero on Star Plus.

Tu Mera Hero is a very light hearted show with a unique concept and conveys a special message to the society. TellyBuzz spoke to producer Sumeet Mittal to know more about the concept, the casting and much more.

When you do a couple of shows then you try even harder that your concepts don't match with each other and secondly, we always attempt to make shows closer to real life characters and we gain inspiration from them. The idea behind making this show was very simple that a guy is not doing anything in life then he is advised to get married so that he might take his life seriously. We have grown up hearing such things. We thought that how can it be possible that a person won't be sitting idle after his marriage. The story will make you see whether marriage could change a person.

What is the USP of the show?

You will get to see all kinds of emotions in the show especially the romance and humor. Humor is not always there in GEC shows but the viewers will get to see lots of humor in this show. The show will convey a message in a very lighter way so that the people will enjoy the show along with understanding message conveyed in a subtle way. The USP of the show is lots of humor, romance and the characters are inspired from our real life. Everybody will be able to relate to them.

You are giving tribute to Dilwale Dulhaniya Le Jayenge through this show...

It's a genuine gesture from our end! When we started off with the show then we projected the girl's character as very filmy and during the conceptualization, we showed a mother getting labor pain while she was watching Dilwale Dulhaniya Le Jayenge. This was the take off for the girl to be a die-hard romantic. After watching the episodes and scenes, we thought that this is actually what we thought of. We felt good to see that it has come out really good just because of the movie Dilwale Dulhaniya Le Jayenge. We thought that it could be our dedication to the movie as we  the movie has given so much to the industry and all of us.

What role would the supporting cast will play in the show?

I would say that the supporting casts are very good in the show. We generally highlight the main leads but in this show the family would be the highlight and this is going to be the best part of the show. Each and every character of the show is unique and have their own story. Everyone is doing fantastic job and their chemistry is working very well.

How difficult was it to cast the main leads?

Casting is always difficult. First you have your characters in mind and then you start looking out for those characters in faces. I locked Priyanshu within 2 minutes. Fortunately we found him apt for the character and the casting was done quickly. But the casting of the girl was difficult especially when we look for a bubbly character. We always have a fear that her acting might come out very shallow. This was our dilemma but Soniya was perfect with it. We were very sure from her first look test that she is apt for the character.

There were lots of buzz going around in the media about Amrita Rao being approached for this show. Was it true?

She was never approached for this show. We were just discussing some other things for our production house's ad agency. We know each other very well and she is a good friend. We were talking about some other things and the casting for this show was going on so I also heard about these things. But I never reacted on this because I feel that it's always good to be away from rumors.

Earlier, the show was titled as Mere Nikhattu. What's the reason behind the change of title of the show?

The meaning is same; the girl addresses the guy very lovingly as Mere Nikhattu. We found Tu Mera Hero as lyrical and we found this as a direct approach and we are relating it to romance in very simple words otherwise, we were very much fine with the previous title.

You have two shows on the same channel now; Diya Aur Baati Hum and Tu Mera Hero! It's like you will be competing against yourself. Any comments?

Where have you shot for the show outside Mumbai?

The show is based in Mathura so we have shot the initial episodes of the show in Mathura.

Expectations are always high and it's always good when the expectations meet reality. I will pray and request the audience that the kind of love they have showered on Diya Aur Baati Hum and all other shows, they will give the same love to this show as well. We have made this show very honestly. I feel that the show will live up to viewers' expectations.

6 years ago Star .. Did you have rushed end to Ek Hasina Thi .. For this lunatic show .. Garbage

6 years ago found this show to be very new and refreshing...loving it to the core

+ 2
6 years ago Ah - ab pata chala yeh biryani ki handi itni kyon ubal rahi hai :). So there are folks here who are pissed that Ek Hasina Thi shut down and are offloading their frustrations on this show. Do you guys realise that EHT ending and this show starting are two independent events and one didn't cause the other?

6 years ago Pathetic show.
the jokes are not even funny, they are all copied from facebook/twitter/instagram memes and everyone has seen them, it has nothing original in it!! The guy is okay but the girl OMG i CANNOT stand her at all. she is ugly, and simply can not act at all!! this show is gonna end within 6-8 months. urghh hate starplus for shutting down such a good show, ek hasina thi!!

6 years ago entertainment wise this show is good... casting is good too!

6 years ago Now SP has an unemployed/uneducated male lead who is chasing girls being called a HERO. Terrible!

9 years ago hrithik is so down to earth and a hard working person ever thats why every one is crazy about him.

9 years ago hrithik is all directors and producers favourite.

9 years ago Please do especially with my Duggu :o) I'm just love-strikken =D