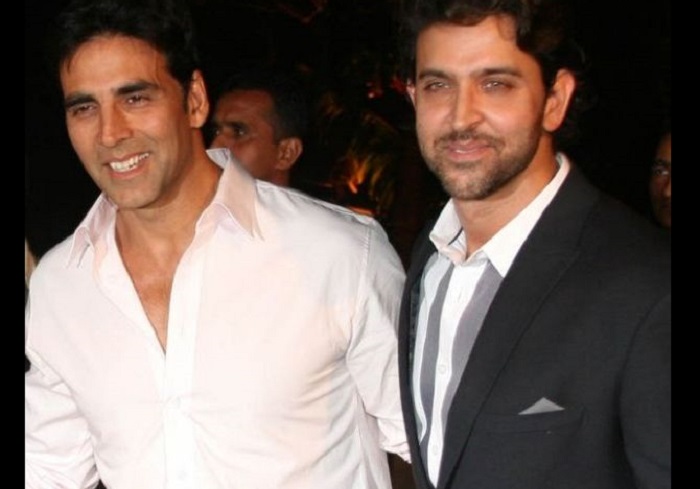 Few months back we saw the clash of two big movies, Shah Rukh Khan's Dilwale and Ranveer Singh, Deepika Padukone and Priyanka Chopra's Bajirao Mastani. The clash of these movies had given rise to a minor tiff among its star cast as well. The actors who were great friends at some point has turned rivals, all thanks to their box office clash!

Now, something similar was about to happen but instead what took place has surprised us all!

Hrithik Roshan's 'Mohenjo Daro' and Akshay Kumar's 'Rustom' are going to release on the same day. But, instead of having any grudges against each other the stars have placed their friendship above all.

Recently, the hard hitting trailer of Akshay Kumar starrer 'Rustom' was released and Hrithik despite the clash has appreciated it on a public platform.

By expressing this, Hrithik surely has won himself more applauds.

An industry where everyone tries to pull down the other person, there are few souls who value their friendship above all.

'Mohenjo Daro' directed by Ashutosh Gowarikar and 'Rustom' directed by Tinu Suresh Desai will hit the silver screens ahead of Independence Day on 12th August, 2016.

Gulki Joshi: I can understand the stress the cops go ...
31 minutes ago

review
Review Gangs of Filmistan Promo: Sunil Grover is the highlight of ...
36 minutes ago

Pooja Bhatt Hits Back at Trolls as Sadak 2 Trailer Trends ...
48 minutes ago

Janhvi Kapoor sends love to 'mumma' Sridevi on the late ...
55 minutes ago