Mumbai, Feb 20 (IANS) When Rakesh Roshan, currently in Los Angeles, saw 'Jodhaa Akbar', he did what he had never done before. He told his son that he has given his best performance to date and the young star can't stop smiling.

'Dad completely floored me. He has never complimented me to my face,' Hrithik told IANS. 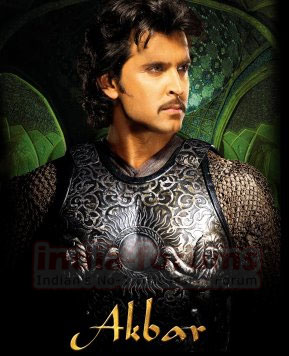 'Whatever his opinion of my performance he never expressed it openly so far. It was always an understanding between us that he appreciated my performances. But this is the first time he has come out so openly to support my performance. I'm overwhelmed,' he added.

Directed by Ashutosh Gowariker, the magnum opus focuses on the formative years of Mughal emperor Jalaluddin Akbar and his marriage of alliance with Rajput princess Jodha. Hrihik is paired with Aishwarya Rai in the film and their chemistry is awesome.

The response to the film and to his performance has so far stunned Hrithik.

'People are saying such wonderful things. We wanted to make Akbar relatable to today's generation, and that's how he has turned out to be.'

Speaking of how female fans have responded to his sinewy show of muscle power in the sword-practising sequence, Hrithik laughed: 'Why shouldn't a woman in those Mughal times be shown deriving voyeuristic pleasure watching her husband exercising? The idea was to make Akbar a timeless creation.

'I was apprehensive about reactions. But it all turned out fine, finally. Thank god for that. The reviews have been very kind. We were lucky, I guess.'