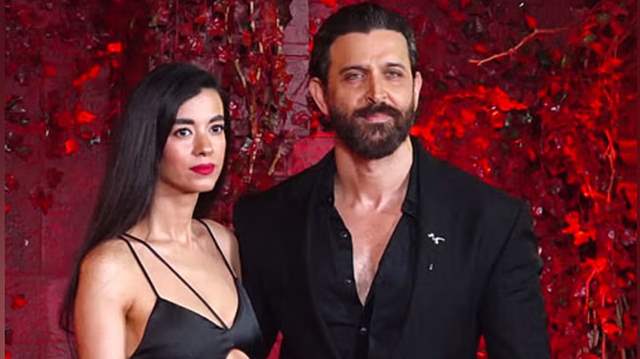 The romance between Hrithik Roshan and Saba Azad has been in the spotlight for a while. When they were seen together in the city earlier this year, relationship rumours did the rounds. As soon as their endearing social media interactions became public, fans could not stop swooning about the duo.

Then, as they landed in Mumbai from Goa, they were seen walking hand in hand through the airport. At Karan Johar's 50th birthday party in May, the couple made a grand entry together that turned heads.

They appear to be enjoying quality time together in France as of now. Saba posted a video on her Instagram account a few hours ago. She filmed the lovely French landscape as she sat in the passenger seat of the open-bonnet car.

The serene setting and the open-bonnet car will undoubtedly make you feel like you're watching a scene of Hrithik's film Znindagi Na Milegi Doobara.  Saba turned her camera to Hrithik, who was in the driver's seat.

The actor did not, however, reveal his identity. But he did give the camera a tip of the cap. He appeared to be donning the same black ring that he usually wears on his finger. In addition, Saba recently uploaded a selfie of herself from Paris that was taken by Hrithik, suggesting that they are holidaying together.

On the work front, Hrithik and Saba both have a few intriguing projects planned. Soon, Hrithik and Saif Ali Khan will appear in Vikram Vedha. The cast recently finished filming the Hindi version of the Tamil movie. Along with this, Hrithik has the Deepika Padukone-starrer Fighter. On the other side, Saba Azad was last spotted in The Rocket Boys. She will appear in Minimum after that.

+ 8
2 months ago whew locked right in, saba is not going anywhere!!