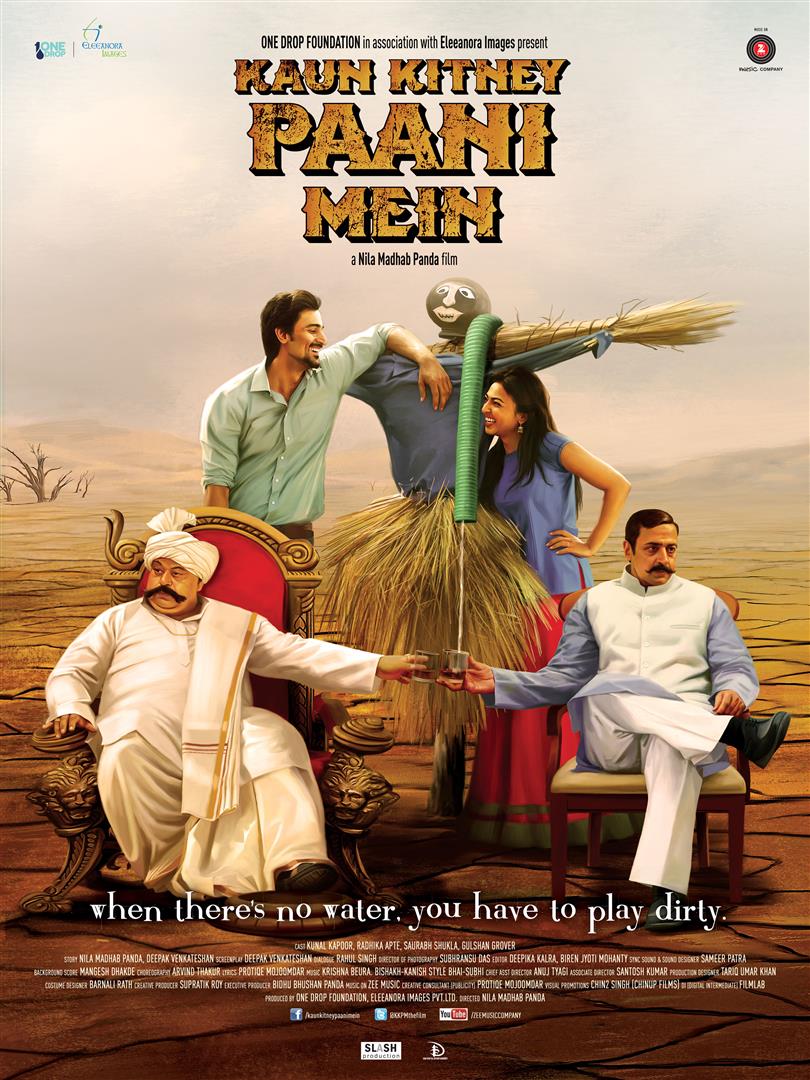 The newly-released poster of the much-talked about film "Kaun Kitney Paani Mein" is already garnering a positive response in the industry as well as getting a thumbs-up on the social media.

The film stars Kunal Kapoor and tweeting in support of his friend and the film is Bollywood star Hrithik Roshan. The hunky actor tweeted: "If d movie is as good as dis poster Im gonna love it! Lookin super cool my friend! @kapoorkkunal #kaunkitneypaanimein".

Directed by the 'I Am Kalam' filmmaker Nila Madhab Panda, the film also stars Radhika Apte, Saurabh Shukla, Gulshan Grover, and is set to release on 28th August.

Reports of Hrithik Roshan dropping out of Vikram Vedha remake are ...

“Your body is your instrument”, says Radhika Apte as she shares tips ...