Feelings may have many names but its worth is immeasurable and often a single emotion arouses innumerable feelings in one's heart. Surprisingly, a mother knows the secrets well behind these feelings. The role of an onscreen mother requires super human strength and as a result, only legends have been created by its portrayals and legendary have been the actors enacting them. A mother is an intricately weaved filigree of emotions that hardly anyone can penetrate, but how tender she is, is only known to all hearts who are privileged enough to be touched by her. Today BollyCurry takes you on the reel journey of this tender woman who has different names and faces but her love suffers in a similar delicate, kind and warm way.
Reema Lagoo: Hum Saath Saath Hain 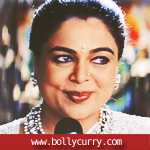 Reema Lagoo revolutionized the mothers of Bollywood from being helpless and poor to elegant and poised. But these mothers were also soft hearted and easily charmed. When Mamta (Lagoo) in Hum Saath Saath Hain treated her stepson as her blood, she was a Goddess, but when her mother's heart chose her favorite child, she became delicate and easily charmed into doing injustice. Her worries for her children were not unjustified but her judgement of Vivek (Mohnish Behl) was and she knew it from the moment her eldest son walked out of the house for her supposed happiness. We see her hurt and bear the pain of this separation every time Prem (Salman Khan) brings up her conscience in front of her throughout the movie and how towards the end, she bows down to her nature and is right there where a mother should be - beside her son when he holds his own. 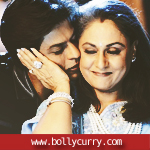 One of Jaya Bachchan's finest performances has been her portrayal of Nandini Raichand in Kabhi Khushi Kabhie Gham. Sharing screen space with her real enigmatic husband, Mrs. Bachchan held her fort with all dignity as an actor and as the character as well. Nandini's love for her adoptive son Rahul (Shah Rukh Khan) was unconditional and unquestioned, and when her loyalties were tested by her husband, she remained the same mother even if she stayed away from her son for a decade. In the form of Sayeeda (Fareeda Jalal), Nandini bestowed Rahul with the comfort of a mother but as a wife, she didn't defy her husband ever and thus the mother kept suffering in the quiet of her heart. However, it was this mother's compassion which broke the silence of her obedience when she lets her husband know that he is no God to separate a child from his mother, thus proving that a mother will do anything for her child. 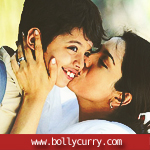 Taare Zameen Par was a movie with actors that were brilliant in every nuisance of their character's being and Tisca Chopra's portrayal of Maya Awasthi is one such example. A mother who gave up her career to raise her two sons and who was ever so lovable and dotting towards her trouble package Ishaan (Darsheel Safary), Maya had no idea that she was raising a special child. The extra care and the excuses are a mother's privilege and Maya found it all normal till when she found herself helpless against a better future for Ishaan and her husband's desire to reach it even if it pains his son on an emotional level. A boarding school is no punishment for children and parents but this separation for Ishaan and Maya was torturous as it came by force rather than wish and the mother shattered when she came to know her son's real predicament. She blamed herself for never realizing Ishaan's difficulties: how scared he must have felt, how lonely he was, and how much he loved her. Only the mother could feel her child's demons equally. 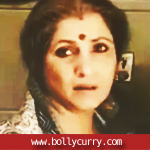 There was a lot more to Salman Khan's Dabangg than the guns and muscles when you look towards the shining performance of Dimple Kapadia as Chulbul Pandey's mother. Naina Devi (Dimple Kapadia) married a second time for the mother in her couldn't see her son as an orphan and brings him up with this hardened fact so that his future is fulfilling. A mother's heart is non-corrupted and sees beyond what we experience. He knew he was her golden boy and she knew she was his precious gem. In life, she kept her family joined even if it was a hostile exchange of respect and in death, she became the binder of blood ties for eternity. Naina Devi touched the lives of her husband and two sons with such immense selfless love that the frail woman with asthma emerged more powerful than any hero.

Kajol Devgn: My Name Is Khan 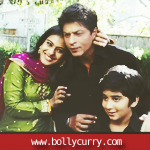 For Kajol Devgn, playing the role of Mandira in My Name Is Khan was a mother's delight and an actor's too, as she left everyone mesmerized by her performance. A single mother bringing up her son with all the love and care that only a mother can provide, recanting not one moment of her struggle, Mandira was as tender as a marshmallow but not fragile. Her endless love for her child gave her the strength to marry again and love Rizwan (Shah Rukh Khan) as he deserved, giving society no place in her happiness. Her selfless love demanded reason for her son's death from her husband. The dotting mother fights for the wrong her child suffered and in this vicious cycle of her life, again she draws strength for the unconditional love a mother feels to let grudges go and give life a second chance. 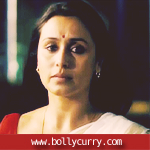 Talaash, though promoted as a thriller, was more of a psychological warfare loaded with the country's finest actors, Rani Mukherjee being one of them. A distressed wife estranged with her husband due the worst tragedy that can befall on a parent, the death of their only child, Roshini Shekhawat's (Mukherjee) grief over her son's untimely death was melancholic. A mother is born when a child is and a child's death is the end of the mother's life too. But this intrinsic bond is too tight to be so easily broken. Roshini's feelings find a medium in spirituality to bring back her life. The tender heart of a mother would seek anything that can cure her child even if it promised with nothing more than hope.

Tender is strong not weak, it's compassionate not broke, there is warmth in it not fragility and it knows no judgement but love so unconditional and irreversible that once you have been loved like this, it lives in you forever. No one else but a mother can love this way for she knows no measures and she has no knowledge of boundaries. On-screen portrayals derive their inspiration from the reality and in the dramatics and enactments of these inspirations, we see that face which passes by our eyes from our very nascence. We applause our Bollywood actresses for their sheer brilliance in playing someone so divine. Let us know which of the screen mothers remind you of your ever the darling mothers in the comment section below.

Have a suggestion or comment for BollyCurry? Then drop us a PM at BC_Dropbox today!
10 Likes