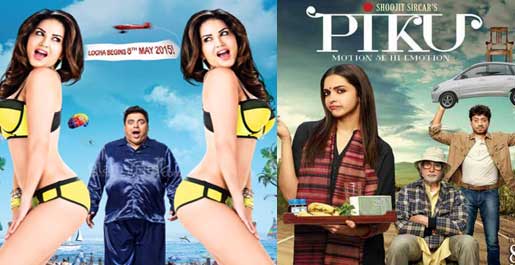 While "Kuch Kuch Locha Hai" is about a 45-year-old married man who witnesses turmoil in his life after he gets a chance to meet a Bollywood star (played by Sunny Leone in the film), whom he has always fantasised about, "Piku", directed by Shoojit Sircar, is a comedy-drama and explores a daughter-father relationship. Besides Deepika, it also features megastar Amitabh Bachchan and Irrfan.

Further, he wishes all success to the Deepika and Big B starrer and can't wait to watch the film when it releases.

"I would like to wish "Piku" all the best and want it to become successful and this is what I expect for our own film as well because at the end of the day every film's success is better for the film industry," Ram Kapoor said.

"I am a big fan of Bachchan sahab (Amitabh Bachchan) Deepika Padukone and Irrfan so I will definitely watch "Piku"," he added.