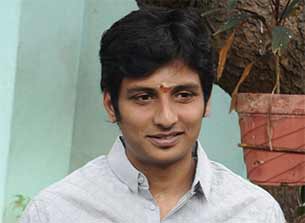 Actor Jiiva, currently busy shooting for upcoming Tamil romantic-actioner "Yaan" in Morocco, visited the sets of Hollywood films such as "Kingdom of Heaven", "Cleopatra" and "Gladiator". He said the experience was super.

Jiiva shared his experience on his Twitter page Monday.

"(I'm) in the sets of 'Kingdom of Heaven'. Super experience," posted Jiiva.

He also posted pictures with the properties used in films such as "The Mummy" and "The Hills Have Eyes 2".

His "Yaan" is being directed by Ravi K. Chandran. The film also features Thulasi Nair.