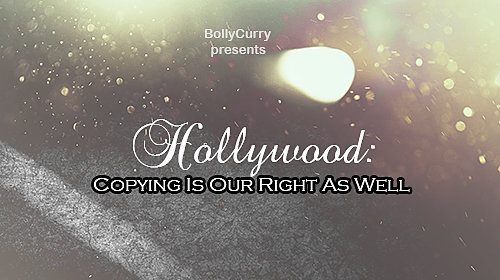 It's no hidden secret that Bollywood is often accused for taking inspiration (read: outright copy) from Hollywood and other film industries. However, today we're here to prove that Hollywood isn't any less guilty. In fact, our Western counterpart has copied several hit Bollywood movies to the point that they've made hits themselves. The below highlight just a few that have gone on record, with several others waiting to receive their due. 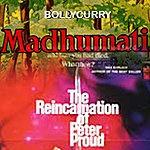 J. Lee Thompson proudly claimed that his movie, Reincarnation of Peter Proud (1975), was influenced by Madhumati (1958). What he also forgot to mention is that it is pretty much a direct copy of the said movie. Madhumati is about Devendra (Dilip Kumar) who remembers his murdered love from another life. With the help of a look-alike from this life, Madhavi (Vyjayantimala Bali), he brings the muderer to justice, though it turns out that it was actually the love's ghost that had come back to help him. Sounds familiar? Yes, the story bears resemblance to Om Shanti Om's (2007) plot, but actually this is the basic storyline of Reincarnation of Peter Proud. There are a few small differences such as Dr. Peter Proud (Michael Sarrazin) remembering his past life in a sleep lab instead of in an old mansion, and the hero dying at the end. Nonetheless, when it comes to influences, this is one movie that went way beyond and bordered on direct copying. 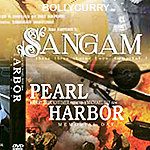 If you've watched both Pearl Harbor (2001) and Sangam (1964), you'll find uncanny similarities between both. Now given that Sangam released 37 years before Pearl Harbor, it is obvious who copied who. Sangam is about two friends who fall for the same girl, Radha (Vyjayantimala). While Radha loves Gopal (Rajendra Kumar), Sundar (Raj Kapoor) believes she loves him and goes off to fight in the army to prove his love where he is later presumed dead. When Radha and Gopal are about to get married, Sundar returns and discovers their relationship. Ultimately, Gopal kills himself so Radha and Sundar can be together. Pearl Harbor heavily borrowed from this plot, especially the first half. The director does, however, make minute changes to the second half where the girl, Evelyn (Kate Beckinsale), admits to the first guy, Rafe (Ben Affleck), that she is pregnant with the second guy's, Danny (Josh Hartnett), child and then both go off into the war, though in the end Danny ends up dying while protecting Rafe. Thus, Rafe and Evelyn come together. 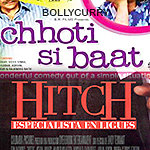 Our dear Hollywood directors were quick to follow Amol Palekar as well. In 2005, Andy Tennant came out with a supposedly original story, Hitch. However, it was actually a copy of Chhoti Si Baat (1975). In brief, Chhoti Si Baat is about a shy man, Arun (Amol Palekar), who silently loves Prabha (Vidya Sinha), but is unable to say so, while Nagesh (Asrani) is winning her affections. Here enters Colonel Julius (Ashok Kumar) who gives Arun a make-over thus helping him win the affections of Prabha. Hitch (2005) had a similar storyline except that instead of having both an Arun and a Colonel Julius, the story combined both into Alex "Hitch" Hitchens (Will Smith). Hitch later went on to be made into another popular Bollywood movie, Partner (2007). We guess what goes around, comes back around - a Bollywood story came back to become another Bollywood story! 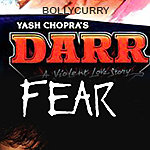 Shah Rukh Khan created waves with his villainous obsessive lover role in Darr (1993) and it seems that Hollywood wanted to repeat the success and thus made Fear (1996). In fact, not only did they copy parts of the movie, they also copied the iconic scene when Rahul (ShahRukh Khan) carved Kiran's (Juhi Chawla) name on his chest. In Fear, David (Mark Wahlberg) carved "Nicole 4-ever" on his chest. The other major change was the role of the saviour. In Darr, Kiran's saviour was in the form of her real love and husband, Sunil (Sunny Deol), while in Fear, Nicole's (Reese Witherspoon) saviour was her father, Steven (William Petersen). 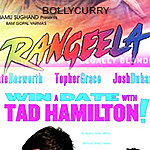 Who can forget 1995's Rangeela? This Bollywood classic that put petitie actress Urmila Matondkar on every director's radar, had a remake in Hollywood with the name Win a Date with Tad Hamilton (2004). For the first time, we can proudly say that Hollywood copied Bollywood's story as it is with very little changes. Both movies are about a 'nobody' (Aamir Khan in Bollywood and Topher Grace in Hollywood) who loves a girl (Matondkar in Bollywood and Kate Bosworth in Hollywood) but find it difficult in winning her affections; the girl has eyes for a richer lad (Jackie Shroff in Bollywood and Josh Duhamel in Hollywood) and thus doesn't notice her friend's pining love for her. Of course, in the end the girl ends up with the right guy, the 'nobody', all thanks to Mr. Richie Rich. 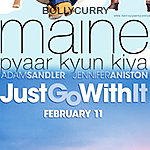 After copying Shah Rukh Khan and Aamir Khan, who is Salman Khan to be left behind when his hit movie Maine Pyaar Kyun Kiya (2005) was remade into Just Go With It (2011). While both were similar to 1969's Cactus Flower, there are major changes to note. The similarities between the two former movies however, border on copying. In both, Doctor Samir (Salman Khan in Bollywood) and Doctor Danny (Adam Sandler in Hollywood), pretend to be married but in fact are in the process of getting a divorce. The doctor's girlfriend, Sonia (Katrina Kaif in Bollywood) and Palmer (Brooklyn Decker in Hollywood), are fine with the events unfolding before them until they decide one day to meet the doctor's wife. The doctor then is reduced to asking his assistant, Naina (Sushmita Sen in Bollywood) and Katherine (Jennifer Aniston in Hollywood), to enact as his fake wife. With one lie leading to another, in the end, slow realisation dawns on the doctor that he loves his assistant, cultimating in a happy marriage between the two. 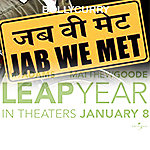 Hollywood even copied our vivacious, chatterbox Geet (Kareena Kapoor) of Jab We Met (2007) when they made the remake, Leap Year (2010). While the director and producers claim that there is nothing similar about the two movies, evidence proves otherwise. Leap Year is about a talkative, chirpy girl who is heading to meet her boyfriend. She meets a surly businessman and convinces him to take her to meet her boyfriend. Along the way, through unfortunate circumstances, the duo end up having to stay in a hotel and the girl slowly starts to question her love for her boyfriend. Anyone smell copycat yet? With the overseas film filmakers denying any source of inspiration from our shores, it is obvious that both movies share the same plot so we rest our case. 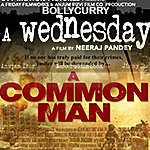 Neeraj Pandey made the thriller drama A Wednesday! (2008), a sleeper hit which earned many awards, critical acclaim and box office success. The film boasted of seasoned actors such as Anupam Kher and Naseeruddin Shah and was lightly inspired on the 11 July 2006 Mumbai train bombings. Fast forward to 2013 and A Common Man is released, with Ben Kinglsey and Ben Cross. The movie also received many awards and enjoyed office success, though it did not enjoy similar critical acclaim. One thing we can applaud here is that at least the director, Chandran Rutnam, announced that A Common Man was an official remake of A Wednesday!.


The Indian film industry is continously blamed for copying Hollywood and other film fraternities, but Hollywood isn't as "doodh se dhula" (squeaky clean) as they claim to be. The above is just a small sample of Hollywood movies over the years that have been heavily inspired from Bollywood. There are, of course, many other films that could be considered copies or "inspired by" the many existing South Indian movies. Do let us know what you think of this surprising revelation and until next time, ciao!

Writer: Shreya S.
Editors: Tanisha N. and Jenifer A.
Graphics: Saraa K.
Do you have a suggestion or comment for BollyCurry? Drop us a PM at BC_Dropbox today!