We enjoy all the festivals to the core being a kid, as there are no barriers, no control and no chivalry to maintain. That is the age when we are at our notorious best and technically the age when we are allowed to play the best pranks on others.
As it is Holi, Tellybuzz gave priority to the leading child actors on television.. We have employed the kids first policy here, and have the popular little stars share their Holi masti and fun-filled experiences... 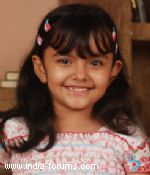 You have not got a chance to play Holi in Chhoti Bahu as the leap has taken place, how do you feel?
Actually I am very happy that even though there was the leap, we shot a separate sequence for Holi where Dev and I are playing Holi where we danced for the song Piya Those Naina Laage Re.

As Meethi what are your plans for Holi in the sets of Sasural Genda Phool?
I played Holi with the entire family where I sprayed water on everyone with the Pichkaari and played the dhol as well.

How is Muskaan planning to celebrate Holi this year? This year I will be playing Holi with my sister where I want to spray water on her, hit her with water balloons filled with coloured water. I am going to have a lot of fun. 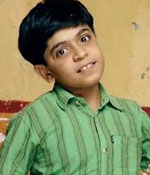 Which is your favorite colour?
Actually I like all colours, but the colours with which I like to play Holi is Saffron, White and Green, Tricolours of Indian flag. But since white is not available, I opt for blue.

This is going to be your first Holi with the crew of Gutur Gu; are you planning to be notorious with someone?
I am going to have lot of Masti on Holi; apart from this, I celebrated my second Holi with Colors and I felt like I am on top of the world because I had a lot of fun in the celebration.

Did Jay anytime get hit by a water-balloon or a water gun?
Actually I had got pushed into the water well once. There was a well there from where we used to fill the pichkaari and it so happened that I pushed one of my friends into water when he had gone there to fill up the pichkaari. That was a tit for tat that I did because he had pushed me earlier. 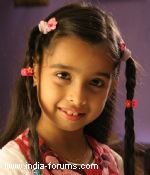 You have been fighting with Kesar in Gulaal; are you planning to take revenge on Holi?
No because he is also very 'bhola' like me.

If you would want to throw a water-balloon from Gulaal who would that be?
That would be Neeti

If you would like to play Holi with one person from Gulaal who would that be and why?
Mansi Parekh, because I am not so close to her on the sets and hence I would want to know her better.

How are you planning to celebrate Holi this year?
I have a lot of cousins who will be coming to my society and I will be playing Holi with them. 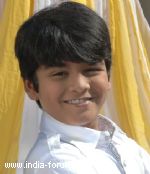 If you want to put colors on any of the cast of Taarak Mehta Ka Ooltah Chashmah, who will it be?
If I get a chance, I would like to put colour on everybody because, I believe that Holi is for everybody.

The best holi in Taarak Mehta Ka Ooltah Chashmah sets?
The Holi we had last year has been the best Holi on the sets of Taarak Mehta, because they had made a bathtub full of water only for the kids and we five kids had great fun pushing and splashing water on each other.

How do you celebrate Holi normally?
I do not like to play Holi with colours, but only with plain water. So I always make sure that I play it very carefully.

What are the plans this year?
This year I think I will be celebrating Holi again on the sets Taarak Mehta and I am looking forward for it. 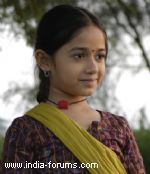 If Phulwa is at her notorious best, what are the pranks she will play on her co actors in the show?
I am going to sit on a tree and throw cow dung on Lakhiya bhaiya, but I have a wish to play pranks on everybody and all my co-stars.

If I ask you to shoot a person on the sets with a water gun, who will it be and why?
I would like to shoot Divya with the water gun, because she is my friend.

How does little Jannat celebrate Holi every year?
I play with my parents where we throw water balloons and shoot with water guns. But I use herbal colours and I would also advice everybody to use herbal colours as it is safe and nobody will get hurt or bear a skin damage by using them.

What are your plans for this year?
This year I will be celebrating Holi with my entire unit of Phulwa including Siddarth Tewary, but I have a dream to play Holi with Salman Khan and Katrina Kaif as I love them both a lot. 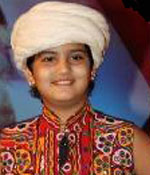 If I ask you to surprise a person from Gulaal by putting Gulaal on them, who will that be and why?
My sister Devika and especially on her hair, because she is very particular about it.

How are you planning to make Holi more colourful than the name of the show?
I am going to be there on the sets playing Holi with my parents and my sister.

If I ask you to fill the sets with different colours of Gulaal which all will you choose?
That would be red, blue, yellow and the rest will be water.

What is the most notorious Holi that Ali has played?
I don't think I am that much a notorious boy.

How do you plan to celebrate Holi this year?
This year I am going to play Holi on the sets and I will make sure that all are coloured including the Spot dada.

sinharuby 9 years ago choti bahu rocks as always...enjoying the story of CB so much......