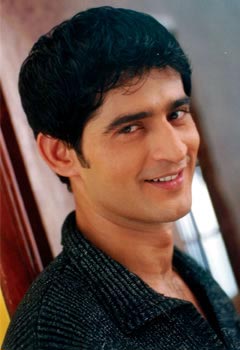 Confirming this news is the actor himself who says, “I cannot divulge much info on the character I am playing. As of now, I can only tell you that mine will be a mysterious character. Just keep watching to know more”.

Telly Buzz further contacted Persis, Creative Head who says, “If I have to explain the character of Hiten in a single word, then it has to be ‘double whammy’ which is something like doing good for bad reasons while doing bad for good reasons”. When asked whether Hiten is brought in on popular demand, Persis quips, “Hiten is of course very popular. Also, we were looking for a person to play this very unique character and we got to a consensus that he is the best to play this role”. Hiten Tejwani has begun shooting from July 3rd and his entry is slated to happen sometime next week..

This surely seems to be a package of three-in-one for Hiten-Gauri fans as they can now see their favorite couple in Kyunki Saas.., Left Right Left and also in Sony’s new reality show, Kabhii Kabhii Pyaar Kabhii Kabhii Yaar…

14 years ago thnx!! hes a really good actr!! plus i lvd his pereformance in star pariwaar awards!! bst wshs for the future!!

14 years ago I think this is the first time Hiten is working outside Balaji, great that he is working with TnD and hope he does more, sensible shows with them.

14 years ago HITEN AND GAURI SHOULD BE IN POWERFUL ROLE ......AND WE SHOUDL GET TO C MORE CUTE SCENES