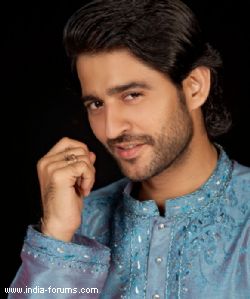 Yash Patnaik and Swapna Waghmare Joshi's Rang Badalti Odhani on Star One, will see yet another interesting twist with Khanak (Yashashri Masurkar) leaving for Dhulwadi after having a major showdown with Shantanu (Karan Tacker) over the MMS issue.

With this, the show will see the entry of the very popular actor Hiten Tejwani. He has earlier worked with Swapna Waghmare Joshi in Kutumb where she was the Director of the show. Hiten who has always been a heart throb of girls will yet again play a charmer in Odhani.  His will be a cameo role which will go on for nearly 8-10 episodes.

Our source states, "This is a big turning point in Odhani wherein Shantanu questions the fidelity of Khanak. After a heated argument, Khanak packs her bags and goes back to her village. Hiten Tejwani will play a typical Gujarati villager seen in Dhulwadi. Khanak and the guy get friendly in the village; he will be the bouncing bag for Khanak. After some time Shantanu too comes to the village after realizing his mistake. Hiten will give Shantanu some tough time to begin with. And when Shantanu tries to convince Khanak, she will not allow him to get close to her, and will throw a challenge to Shantanu, asking him to win her all over again".

"Eventually, Hiten will be the person who will help Shantanu and Khanak relive their romance again. However, there will be a mystery element attached to the character ", adds our soruce.

When contacted, Hiten Tejwani confirmed his presence in the show, but asked us to call later.

Producer Yash Patnaik confirmed the news and told us, "Hiten plays a very interesting role. He is a great actor and we are looking forward to work with him".

We hear that Hiten will start shooting from next Tuesday and his entry will in all probability be aired on Thursday.

8 years ago Hiten u was amazing in ur charecter.
Miss Karan in tht Dhulwadi look.
love & Miss Yasharan.