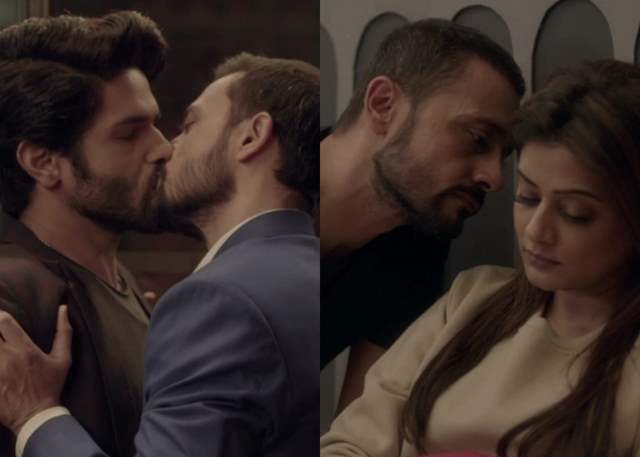 How does the life of the perfect husband, father, businessman, and friend fall apart? Secrets. That is how. One secret that may initially seem like a tiny white lie is growing into something that ruins lives. A lie or a hidden truth can change everything. ALTBalaji and ZEE5 join hands for yet another an urban relationship drama titled His Storyy and the teaser looks incredibly promising with a terrific story, romance, secrets, and plot twists.

The teaser shows us what seems like a happily married man with great family life and a great business. After peeling that outer shell, what is visible is a man clutching a huge secret to his chest. A secret about his sexuality, a secret that changes an entire family's existence. The secret, once revealed, causes life to take an entirely different turn for him. Would it have been better for everyone if he chose to bury his secret instead of following his gut?

After living a 'happily married' life for over 20 years, Sakshi and Kunal's marriage comes crumbling down after a hidden truth changes everything, and that is pretty much the gist of His Storyy, without giving away too many spoilers. The chaos and how everything unfolds is what the world is waiting to know.

With Satyadeep Misra as Kunal, Priyamani Raj as Sakshi & Mrinal Dutt as Preet, His Storyy revolves around the lives of Kunal and Sakshi, who have been in a successful marriage with two wonderful children. Sakshi’s world is torn apart when she learns the truth about Kunal cheating on her which eventually leads to their marriage hitting the rocks. His Storyy is a journey of two people, Kunal and Sakshi, trying to rediscover their ties to each other in the face of a crushing revelation.