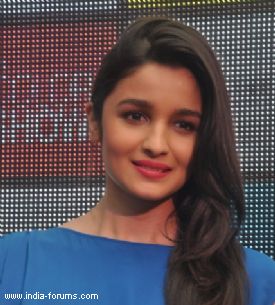 Young actress Alia Bhatt says the journey of Imtiaz Ali's "Highway" took her to places which she might have never got a chance to see - like Sambhar in Rajasthan.

Presented by Sajid Nadiadwala and starring Alia and Randeep Hooda, "Highway" traverses six states of north India and captures the landscape of the different regions as it goes along.

In the "Highway Diaries", short video snippets that capture the journey of the film, Alia has recently shared her experience of shooting for the film in a salt factory in Sambhar.

Having been born and brought up in a city like Mumbai, Sambhar was a revelation for Alia.

"'Highway' took me to all these amazing places that I probably wouldn't have ever seen otherwise. Sambhar, the salt factory, was the most beautiful and the most weird experience for me," said the 20-year-old.

"I celebrated my birthday there as well...in many ways, I think it was here that I truly started feeling like Veera (her character in the film)," she added.

No Bail for Rhea Chakraborty and Showik Chakraborty? Bombay ...
14 minutes ago

Arjun Bijlani and Reem Shaikh in Ishq Tanha is a soulful ...
32 minutes ago

Devoleena Bhattacharjee thanks Sunil Grover for giving new ...
55 minutes ago