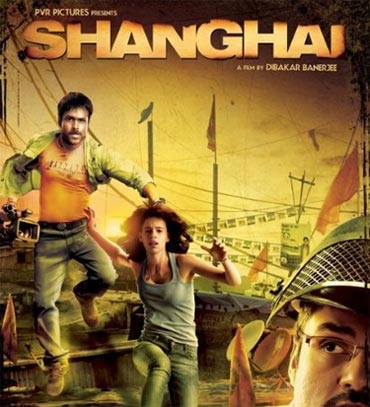 The Delhi High Court Wednesday dismissed a plea seeking stay on the June 8 release of Bollywood film "Shanghai", saying there was nothing insulting in its song "Bharat Mata ki jai" and it merely depicted "the existing state of affairs" in India.

A division bench of Justice Vipin Sanghi and Justice Rajiv Shakdher said: "We do not find anything objectionable in the said song. In a democracy, every person has a right to voice his views and opinions... the same right to speech and expression cannot be curtailed except under some circumstances.

"The author of the song has merely sought to portray the existing state of affairs in India, once considered a golden bird... is now infested with diseases like dengue and malaria. The petition is dismissed," the bench opined.

Counsel Vikas Padora, appearing for Bagga, alleged that the song used insulting and outraging words, and that it "hurt many people who are patriotic in nature".

Seeking a complete ban on the song from the political thriller, starring Emraan Hashmi, Abhay Deol and Kalki Koechlin, the petitioner asked the government and the Central Board of Film Certification (CBFC) to take steps to ban the sale of audio CDs of the film.

The song showed that its writer had no respect for India, he argued, adding that the song depicted India as the land of the homeless, full of misery and despair.

Disagreeing with the contentions of petitioner, the Justice Shakdher said: "Similar kind of accusations were being made against great film maker Satyajit Ray that he used to sell the darker side of India abroad," adding that "you cannot restrict artistic freedom".

The petitioner sought a "complete ban on playing/broadcasting of the song on TV channels, radio, internet portals or any other platform".

"The song has been written with clear intentions to outrage national honour and pride," the petition said. The film is directed by Dibakar Banerjee.

Kumkum Bhagya's Mugdha Chapekar says ''Dressing up as a ...
2 minutes ago

Delnaaz Irani speaks about entering Choti Sarrdarrni, her ...
56 minutes ago