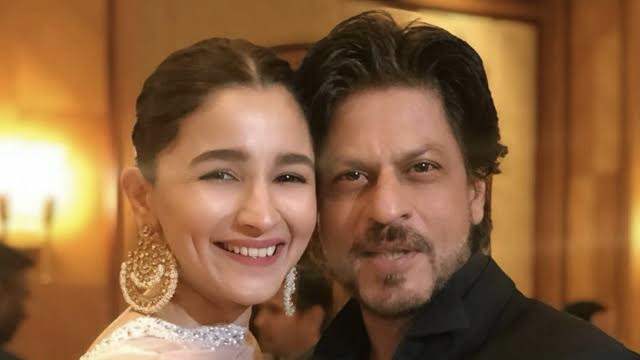 Since the release of Alia Bhatt's 'Darlings' teaser, fans were eagerly waiting for the trailer of the film and it's finally out now. Well, for 'Darlings', Alia Bhatt has stepped in the producers shoes with her first production Eternal Sunshine. The Gangubai Kathiawadi actress is co-producing the film with Shah Rukh Khan's Red Chillies Entertainment.

Today at the trailer launch event of the film, the actress opened up on Shah Rukh Khan's reaction to the same. She described that she loved the script to such an end that she decided to make it her debut production film.

The soon-to-be mommy revealed that post deciding to come on board as a producer Shah Rukh called her up and said, "I usually don't co produce but for you i will".

She further continued and said after seeing the film again Shah Rukh called me up and thanked me saying, "Thanks u darlings for doing this movie (using the films lingo)."

Well, now that SRK has showered the praises already we can't wait to see the film that will release on Netflix on August 5.

The film is directed by Jasmeet K Reen, who makes her directorial debut with the film. Darlings is touted as a dark comedy-drama which explores the lives of a mother-daughter duo trying to find their place in Mumbai, seeking courage and love in exceptional circumstances while fighting against all odds.