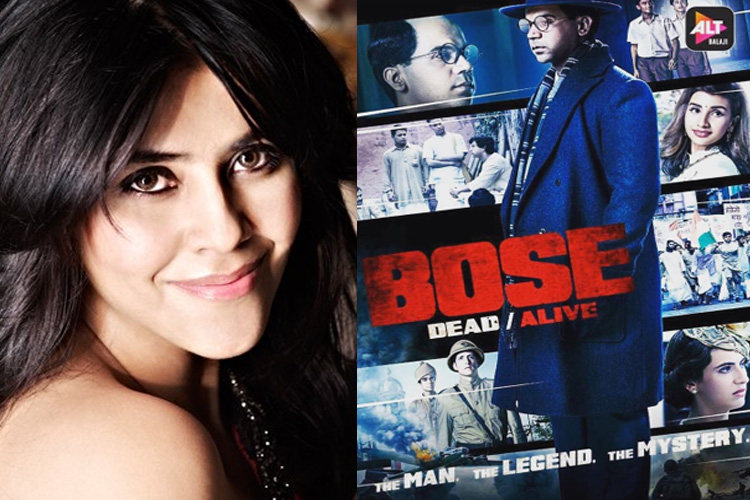 Ekta Kapoor's entry into the digital space has certainly been a phenomenal one, where several of her shows on Alt Balaji app have been well received and successful too.
And to continue to keep pushing the bar, Ekta is all set to present yet another ambitious project which is titled 'Bose Dead/Alive'.
The web series starring Rajkummar Rao as 'Bose', is directed by Hansal Mehta and has been one of the most talked about shows whose trailer is all set to hit the web on 18th August.
However, before that happens, Ekta recently shared some interesting and applaudable trivia about the show which is sure to leave you in awe-
Featured Video

Woah! That certainly is a lot of dedication towards a single project, isn't it?
Are you excited for the web-series? Leave in your comments below..

8 years ago congrats... waiting for Vishwaroopam 2...all the best :)

8 years ago love the way u put ur effort to each and every film. love ur experiment, romance, dance, action, emotion, etc,