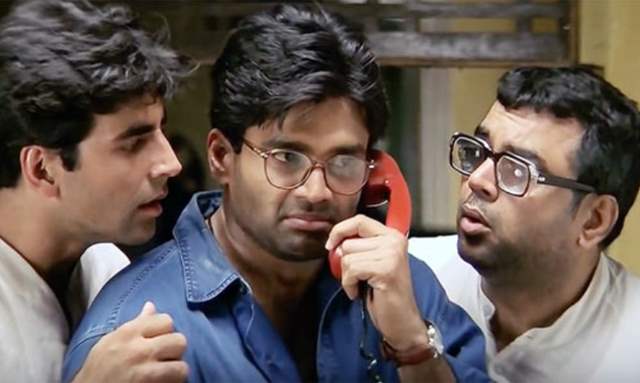 Priyadarshan’s comedy-drama ‘Hera Pheri’ is one of the iconic films of Bollywood and continues to remain a crowd favourite. The fun camaraderie between Akshay Kumar, Paresh Rawal and Suniel Shetty as Shyam, Raju and Babu Bhaiyya in the film was a big hit. The first part became a cult hit in 2000.

After the humongous success of the first part, the second instalment, Phir Hera Pheri, was released in 2006 and was received equally well by the audience. The audiences have been eagerly waiting for the third instalment of the film, and there were several reports that Hera Pheri 3 is a work in progress.

However, Suniel Shetty who played one of the three main leads in the film has revealed that Hera Pheri 3 is on hold as there are certain ‘differences’ that need to be ironed out first.

He told Mumbai Mirror in an interview, “Everything is on hold for now. The film’s team intends to make Hera Pheri 3, but some differences need to be ironed out. The film is a big hit on television as well as in the meme world and we are all aware of the anticipation among the audience for the film.”

Filmmaker Indra Kumar had confirmed the sequel as he told DNA in an interview: “I’m happy that the favourite trio is coming back together. We start the film towards the end of this year. It’s currently being scripted. I was completely cut off from that project for the last three months because I was busy with Total Dhamaal.”

“So, it will definitely be bigger and better and involve heavy VFX. I’m expecting people to enjoy the film as much” he had said.

There were also reports of actor Kartik Aaryan stepping into the shoes of Akshay Kumar for the third part. However, no update has surfaced on this yet. 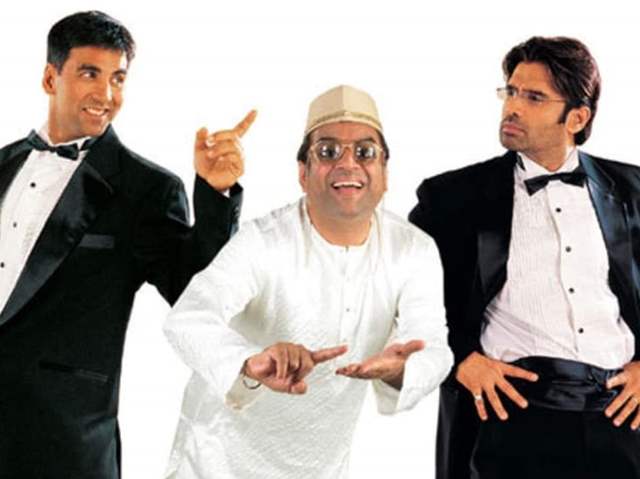 Recently, on the 20th anniversary of Hera Pheri, Suniel Shetty recalled the experience on sets:

“We arrived on the sets every morning, the costumes were basically just stretched and given to us, not even ironed. The director would ask us to sleep in the afternoon on paper, so we used to sleep on newspapers. He (Priyadarshan) said I don’t want you to be comfortable. When you get up, you should have rested, but stay uncomfortable. So, we wore no makeup, nothing. Akshay Kumar, me and Paresh ji were constantly together, constantly rehearsing our lines, constantly improvising and Priyan sir is one man who knows when to say cut.”

ChickenSoup 2 months ago I just hope the script is an original script and not some Hollywood rip off like Phir Hera Pheri which was plagiarized from Lock, Stock and Two Smoking Barrels.