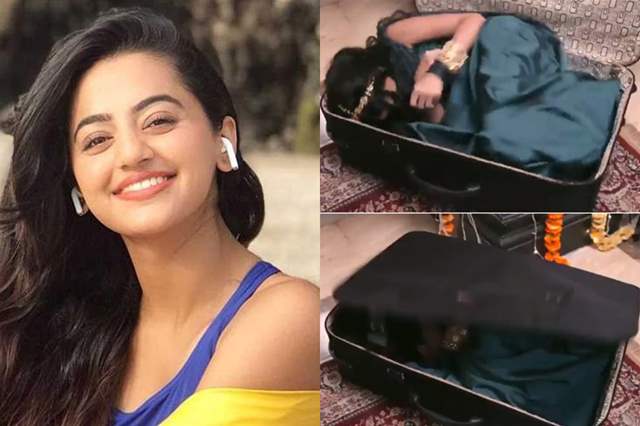 The internet continues to be a rather funny place everyday you come on it. Little did one expect or anticipate that a musician's parody on a scene in Saath Nibhana Saathiya will go viral as 'Rasode Mein Kaun Tha?' But that has been the trend with memes and viral things on the internet and scenes from the TV industry have played a huge part on it. On that note, a recent scene from Ishq Mein Marjawan 2 also became viral and was the source of a lot of memes on the internet.

This bizarre sequence had lead actor Helly Shah walking towards her room where she accidentally trips on a suitcase, hits her head against the wall only perfectly fall into the suitcase with it being shut. Following that, the suitcase it then carried and dumped into a pool by the housekeeping staff.

In an interview with Bombay Times, when Shah was asked about this, she said, “Yes, the response on social media has been quite funny, and I take it sportingly. We incorporated that scene to create some drama and intrigue the audience. Some sequences can come across as funny or exaggerated, and in a daily soap, not everything can be relatable. As an artiste, my job is to play the part convincingly.”

What was a bigger question was just how did she fit into a suitcase, and to this she said, “That’s exactly what my mother asked me after watching the scene. I don’t know how, but I fit into the first suitcase that was brought on the set despite wearing a heavy lehenga. Having said that, it wasn’t as easy as it looks. Though not at a stretch, I was inside that suitcase with my body contorted for about 45 minutes. I had a terrible neck pain a day later.”