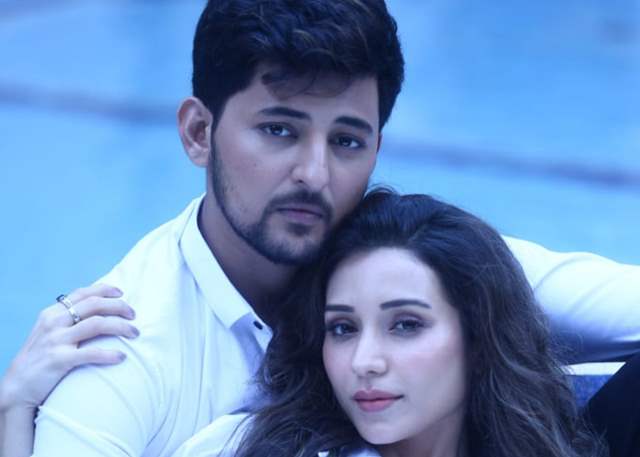 After receiving tremendous response for his recent tracks’Judaiyaan’, ‘Mujhe peene Do’ and ‘Maa’ from his debut album ‘Judaiyaan’, Darshan Raval is all set to release his next song ‘Main kisi aur ka’. The romantic track will also feature popular actress Heli Daruwala who will team up with Raval for the second time after their runaway success ‘Dil mera Blast’.

Heli is no newbie to music videos and her chemistry with Darshan in Dil mera blast is what prompted the makers to rope her in for Main kisi aur ka. She was recently seen in Tony Kakkar’s ‘Laila’ and has also worked with Karan Sehmbi for his previous single ‘Aameen’.

Indie Music Label, the company that has worked closely with Darshan over the last few years and also the makers of ‘Judaiyaan’ felt that Heli and Darshan’s pairing had garnered rave reviews last time around and while ‘Dil mera blast’ was a fun, foot tapping number, ‘Main kisi aur Ka’ is a soft and romantic track which will showcase a different side to Darshan and Heli both.

Commenting on ‘Main kisi aur ka’ Heli, who spent a large part of the lockdown practising and enhancing her dancing prowess, says “Main Kisi aur ka is beautiful song and its just the kind of track that Darshan’s fans love him for. I had thoroughly enjoyed working on Dil Mera Blast and the experience this time too, was just as enriching. Im looking forward to see the audience’s reaction to the song.” She says.

Darshan on his part is glad at the love his debut album is receiving, “Its every singer’s dream to release a full-fledged album and this kind of response is just the cherry on the cake. Main kisi aur ka is a soulful romantic track and I’m sure people will enjoy it.” He signs off.

IPL 2020: Fans get creative with Instagram reels as they cheer for ...