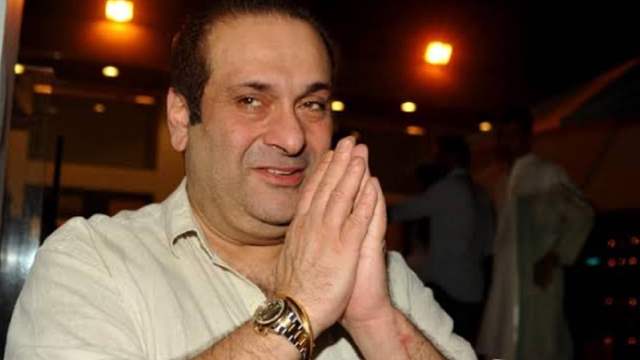 Bollywood’s Kapoor family lost yet another member as actor-producer-director, Rajiv Kapoor suffered a massive cardiac arrest on February, 09, 2021 and passed away at the age of 58.

Rajiv Kapoor’s sudden demise has left his family members and friends heartbroken and shattered, who are trying to cope up with the loss. His elder brother Randhir Kapoor was seen breaking down in tears as he waited at the Inlaks Hospital in Chembur to collect his late brother’s body.

To one’s surprise, Rajiv was supposed to be giving interviews this week as he was super excited about his comeback after 3 decades. His last film, Ashutosh Gowariker's 'Toolsidas Junior', also starring Sanjay Dutt is yet to release.

A close friend also shares how Rajiv had called him up one night before his sudden demise and the details of the phone call are simply heartwarming. As reported by Times of India, Rajiv Kapoor had called his long-time school friend Rajiv Khanna to congratulate him about his daughter’s new work.

"These guys had a WhatsApp group on which they were frequently in touch. The WhatsApp group was pretty active and yesterday a certain Rajiv Khanna in that group happened to post something nice about his daughter's new work. Reading it, Rajiv Kapoor felt so happy that he called up Rajiv Khanna last night and spoke to him about the same and extended his congratulations wishing the Khannas the very best” the news portal quoted a source as saying.

Rajiv Kapoor’s last rites were performed in Mumbai in presence of close family members and friends. Besides the Kapoor family, Bollywood actors like Chunky Pandey, Alia Bhatt, Shah Rukh Khan among others also arrived at the funeral to pay their last respects.

Our deepest condolences to the family...

Heartbreaking moments before Rajiv Kapoor’s demise: “My nurse went to ...