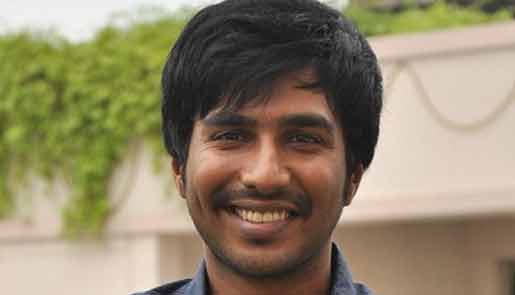 Actor Vishnu, who is awaiting the release of forthcoming Tamil sports-drama "Jeeva", says he heard the first narration of the film with actor Vishal Krishna Reddy, who will be distributing it under his home banner Vishal Film Factory.

"Jeeva", which is directed by Suseenthiran, releases in cinemas Friday.

"Vishal was part of the film from the scripting phase. Since he had worked with Suseenthiran in his last film and will be working again soon, he knew what he was making next. The first time I heard the story narration was with Vishal," Vishnu told IANS.

"Vishal's friendly involvement in the film was there right from the start. After he watched the film, he came and hugged me. He said I've done a brilliant film and he was happy that he got to distribute a wonderful film," he said.

"Jeeva" is jointly co-produced by actor Arya under his home banner The Show People.

"Arya is co-producing with The Next Big Film. I came to know that Arya was one of the producers quite late. I was very happy about it and I spoke to him and thanked him," he added.

Vishnu feels that to have two of his best friends and popular actors back "Jeeva" is a "great gesture of friendship".

"There's so much of competition in this industry, but to see actors helping each other by backing their films is very encouraging," he said.