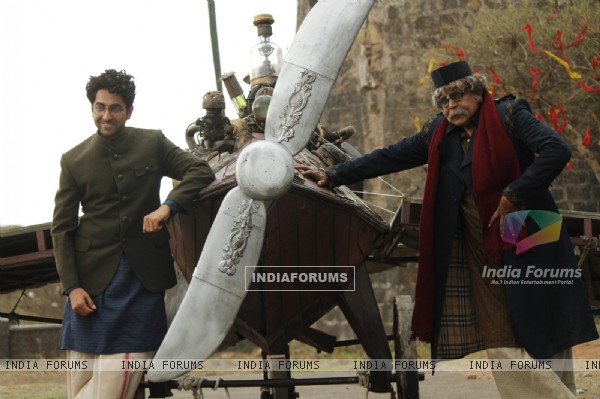 Vibhu Puri's directorial debut Hawaizaada required a plane to be created from scratch. The director wanted to depict Shivkar Talpade's first plane. For this the team of Hawaizaada did extensive research on the products used in ancient times for making the plane that is shown in the film.

They used velvet, wood & canvas that were available at that time. All natural colours in painting the plane, have been used. About 25-30 models were created before finalizing the plane for the film. From these samples 2 small planes will be seen in the film. In order to maintain the authenticity of the era and avoid fabrication, the makers kept every single detail in mind and re-created the plane from scratch.

The team of the film has managed to bring out the era brilliantly on the silver screen. The trailer and music of the film has been garnering a lot of appreciation from the industry and audiences. Hawaizaada is all set to release on 30th January.