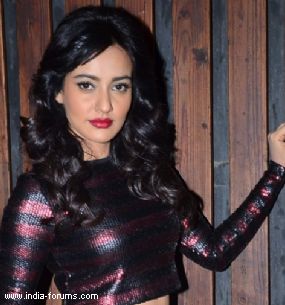 Neha Sharma, who started her career with southern films, has done a couple of Hindi movies but she still feels like an outsider in Bollywood and says "no one is your friend here".

She was seen in the films "Crook", "Kyaa Super Kool Hain Hum" and the recently released "Youngistaan".

"I don't think I've found wide acceptance. I don't even think the big banners know about me. But I am still trying to find my bearings around here," said the 26-year-old Bihari girl.

"It isn't easy since I am very conservative at heart. Back home in Bhagalpur, we were a very non-filmy family. We didn't know much about movies except Mr. Amitabh Bachchan. And we knew about Sanjeev Kumar because he was my mother's favourite actor. My three siblings were all into academics. And two of them are now settled in Chicago," she added.

Neha is hoping "Youngistaan" would bring her the kind of recognition that she is working towards.

"I did get my first film easily," said the actress who debuted with director Puri Jagganath's Telugu movie "Chirutha" in 2007.

"But since then it hasn't been an easy journey for me. Once I did a couple of Telugu films, I wanted to move to Bollywood. That's where the struggle began. Though I bagged 'Crook' with a big banner (Mahesh and Mukesh Bhatt) and with a top leading man Emraan Hashmi, the film didn't do well."

"Though 'Crook' didn't work, I think it was a good film. 'Kyaa Super Kool Hain Hum' received a lot of flak. But it was a commercial success. That's what counts in the film industry," she said.

Though Neha loves Mumbai, she is still wary of Bollywood.

"No one is your friend here. Everyone is here to do her work. I am still searching for a meaning to this industry beyond the box office. Luckily, I got 'Youngistaan' just in time. I am hoping it would be a turning point for me," she said.

It wasn't as if Neha sought a movie career.

"'Chirutha' just fell into my lap. Like thousands of other small town girls I was just another aspirant from Bhagalpur hoping to make something out of my life. I came to Delhi to do a course in fashion designing. While studying I did a bit of modelling. That's how Puri Jagannath saw my pictures and called me. I was game for a movie career," she said.

"Chirutha" gave her the chance to travel abroad. "It was shot in Australia, New Zealand and Thailand. That was incentive enough for me to do the film," she added.

But to start her movie career with a negative character was tantamount to professional suicide.

"Every well-wisher advised me against it. No actress in Telugu cinema who has played a negative role at the start of her career has been accepted as a goody-goody heroine. I took the risk, and it worked.

"I became the first Telugu debutant to get mass acceptance in a negative role. In comparison, my character Anwita Chauhan in 'Youngistaan' was a piece of cake. Or should I say... a gulaab jamum?"

Bigg Boss 14: Prince Narula to enter the show with Sidharth ...
3 minutes ago

Bigg Boss 14: Here's why Gia Manek will NOT enter the show
26 minutes ago

Ishq Subhan Allah Bids adieu after a successful run of two ...
28 minutes ago

NCB Dismisses Rhea's Claim of 'No Jurisdiction in Drugs ...
9 hours ago