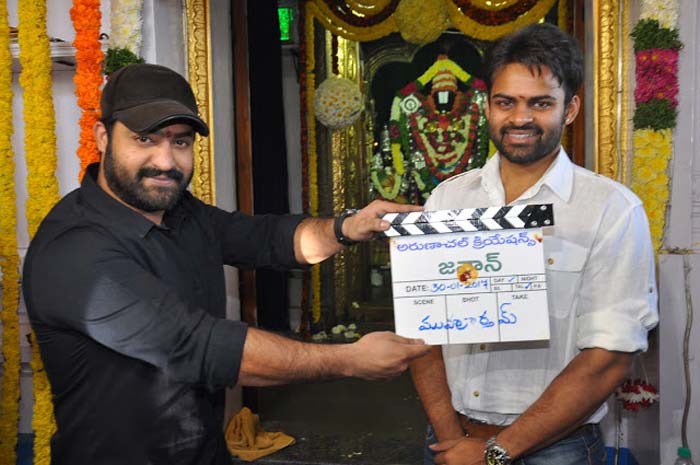 Actor Sai Dharam Tej is kicked about the upcoming Telugu action-drama "Jawaan" because it gave him an opportunity to slightly innovate within the commercial space.

The project marks the first-time collaboration between Tej and director B.V.S. Ravi.

"I'm really happy with the way 'Jawaan' has shaped up. Although it's a commercial action film, we have tried something different, something innovative and I'm hopeful audiences will like it," Tej told IANS, heaping praise on his director.

The film marks Ravi's return to direction after six years.

On teaming up with him, Tej said: "He is someone who is very clear about what he wants. I really liked the way he handled my characterization. I play a guy who has to choose between his nation and family and the events that lead up to it are very engaging."

Asked if Ravi's track record didn't concern him, Tej said: "I also have two flops. I don't see the track record of a director. What's important is whether a director will be able to do justice to a story or not. It also has to be seen if audiences will accept that story."

To play his part in "Jawaan", Tej had to shed some weight and look fitter.

"There wasn't any major makeover. I had to lose some weight to look fit and tough. The action sequences will be one of the film's biggest highlights," he said.

Produced by Krishna, the film is slated for August 11 release.

Sai Baba to re-run on Star Plus!

Deblina Chatterjee to be seen as Lakshmi in Vighnaharta ...
14 minutes ago

Here’s why Akhilendra Mishra initially denied playing the ...
16 minutes ago

Sushant Searched about Painless Death, Trouble in ...
23 minutes ago

Rishina Kandhari talks about resumes shooting, her perfect ...
45 minutes ago

Yeh Rishta Kya Kehlata Hai: Kartik to take care of his ...
56 minutes ago

Sushant Singh Rajput fans gear up for a second round of ...
56 minutes ago