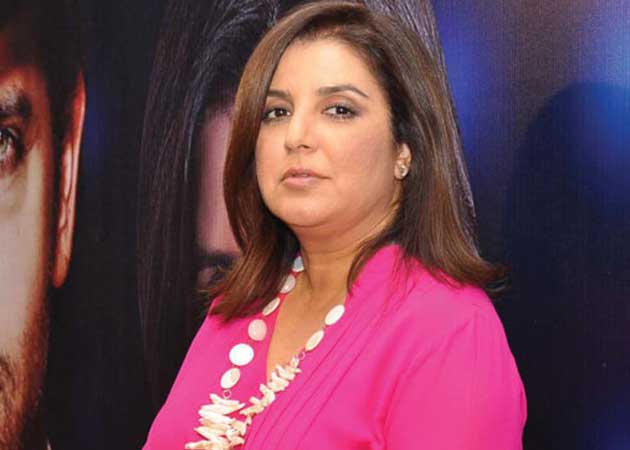 Choreographer-turned-director Farah Khan is of the opinion that making a film is not a cakewalk and anyone who's managed a film release deserves immense praise.

"I think anybody's who has made a movie in our industry is outstanding and inspirational. It takes a lot and lot of 'papads to belao' (enormous toiling) whether you're a man, woman, dog, animal or anything. If you get a movie released, hats off to you," said Farah.

Farah's journey from choreography to direction was one of the stories encapsulated in lyricist Anand Bakshi's son Rakesh's book, "Directors Diaries: The road to their first film" which features stories about the first film of well-known directors such as Mahesh Bhatt, Subhash Ghai, Vishal Bhardwaj, Prakash Jha, Farah Khan and Abhishek Kapoor, all who were present at the book launch here.

About the inspiring stories in the book, Farah said: "I've read the book, though not all but have read about 4-5 of them, and they're very interesting and I would like to thank Rakesh. This film is not just important for people who want to make a film, but also for people who have already made their film and it reminds us why we wanted to make that first movie, how we did it, and it also inspires us."

After starting out as a choreographer in early 1990s, Farah turned director a decade later with Shah Rukh Khan-starrers "Main Hoon Na" and later "Om Shanti Om", both of which were superhits. Though her next outing "Tees Maar Khan" flopped, she has bounced back with the successful "Happy New Year".