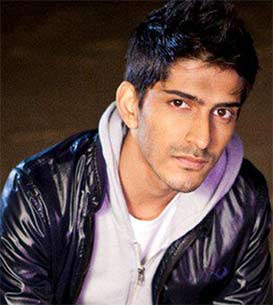 The shooting of Anil Kapoor's son Harshvardhan's debut film "Mirza Sahibaan" begins Sep 1, and the young actor is busy setting new standards of method acting. He is said to have cut himself completely off from his Mumbai elitist lifestyle to immerse himself in his character.

A source close to the project said: "Harsh has been staying in Delhi to prepare for his debut and getting into the skin character. He speaks only in the language of his character. He refuses to party, socialize, or even attend family weddings and get-togethers as he feels this would break his concentration."

The news now is that Harshvardhan's character would have to go into two different time spans - one during the classic era when the original love tale unfolds and the other in 2015.

The young aspiring actor is looking at creating a completely different body language and speech pattern for his character's 17th century avatar.

"Harsh seems more like a chip off Naseeruddin Shah's school of acting. Ever since he got to know there would be two different looks and attitude for his character, Harsh has been living out his life in different time zones.

"He refuses to participate in any of the family events. He lives in a rented place in Delhi where he spends his time going though Gulzar sahab's dialogues and Shankar-Ehsaan-Loy's music."

The film is to be directed by Rakeysh Omprakash Mehra.