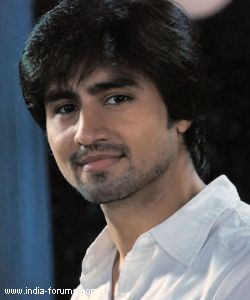 Ekta Kapoor's blue-eyed boy, Harshad Chopra, who made his last appearance on screen in Imagine TV's Dharampatni which went off-air recently, is about make his comeback soon. We know all of you all must be eagerly waiting to know exactly how and where he will be returning. Here's the dope…

A little birdie from the industry informs, "Harshad Chopra has been finalized to essay a parallel lead in Life OK's Dil se di dua.Saubhagyavati Bhava? His character would be a positive one and is probably coming into frame to be Jhanvi's (Sriti Jha) saviour."

The track has moved on to a point, where Dadi is shocked to know about Viraj's (Karanvir Bohra) mental illness and is hospitalized due to it. A source suggests Dadi would lose her voice and at the end of this track, Harshad Chopra would make an entry in the show.

All our efforts to reach Harshad Chopra were in vain!

Hope this piece of news has brought a smile on Harshad Chopra's fans!

blusky165 8 years ago Am so damn glad that he's in SB... He's awesome as Raghav. Absolutely mindblowing

shru. 8 years ago I cant even imagine anyone other than u as Raghav ur absolutely amazing!!!

Elysia 8 years ago Am so damn glad that he's in SB... He's awesome as Raghav. Absolutely mindblowing.

Iriss 8 years ago Wohoo just can't wait for his entry
Keep rocking and smiling
Waiting so eagerly to see you back onscreen:)

Desi_Girl1991 8 years ago wheeen will this happen? i cannot wait anymore *cry*

Shahrukhlover 8 years ago Harshad and Additi forever!! They're going to be on the same channel :)

Please someone tell us when he's supposed to make his entry in DSDDSB!!!!

exclusive
Exclusive Akanksha Puri on why it was important to leave Vighnaharta ...
45 minutes ago