Anushka Sharma who rose to fame with Rab Ne Bana Di Jodi is all set to make an entry as special guest on Jhalak Dikhhla Jaa, Season 3 this Saturday. She is here to launch the DVD of her first movie.

Featured Video
When asked why she chose Jhalak for the launch, she quips "What better platform can one get? Jhalak is a popular show watched by many people and also a great platform for us".

She is performing on Haule Haule… So do you need any rehearsal for the same? "Well it was always Suriji who performed on this song. This is the first time Tani will be dancing to it. We have the remix version of the song and Hard Kaur has rapped for the number. It's really nice and I am looking forward to perform", she adds further.

Have you seen Jhalak? "Yes, I have been watching Jhalak and Hard Kaur is my favorite. She is fun to watch and a fabulous dancer and a great performer too".

On asked whether she will be missing her Suriji while performing, the actress chides, "Well no, as Suri will be in my mind while dancing".

The actress will be performing with Hard Kaur on the same dance number.

So viewers, are you ready to watch the sizzling hot dance as the two ladies burn the floor of Jhalak this Saturday.. 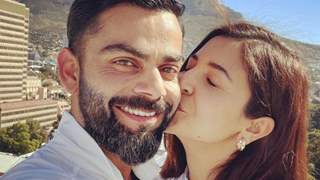 smackdown_grl 13 years ago i agree with anushka.Hard kaur is jus fabulous.m dissapointed with janta for votin karan in.he doesnt deserve to be in the game.

armaan__fan 13 years ago RAB NE BANA DI JODI IS A FUCKING BOOOOORING MOVIE!!!AND HARD KAUR IS NOT THE BEST...KARAN IS THE BEST!!!!!

13 years ago I share Anushka''s sentiments. HK rox...she gets my vote :D

+ 2
13 years ago lol.... hit enter before typing the whole message, but is she not even allowed to have her own opinion? saddd... LOL