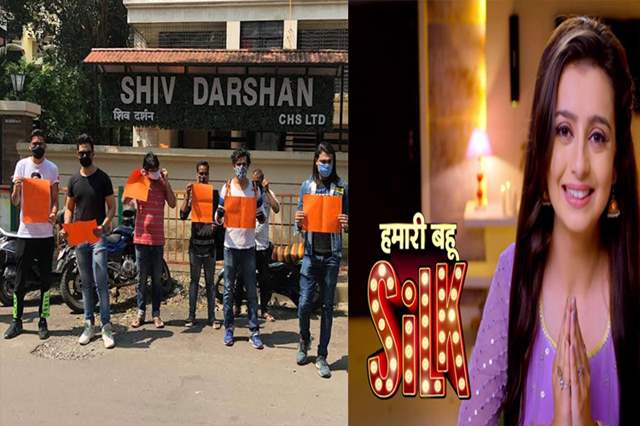 The saga surrounding the non-payment of dues of the cast of Hamari Bahu Silk has indeed been a long one so far and inspite of geting quite a lot of media attention and other things, it is still not resolved. The cast and crew are understandably furious where some of them even mentioned that they would end their lives if payments aren't cleared.

The cast  has made several allegations against the producers about how their payments have not been cleared yet, and that with the pandemic, things have become worse for them.

If one would remember, the cast of the show had protested outside the producers' houses and the images and videos of the same even went viral. After doing all this, nothing changed, and actor Zaan Khan, who played the lead role even mentioned that nothing has changed as of yet and there is no clarity about the issue. They, once again went on to protest outside one of the producers, Jyoti Gupta's office by arranging a slient sit-up.

And now, once again the cast and the crew have gathered and decided to protest outside producer Jyoti Gupta's house.

It is indeed saddening that there is no development in this saga yet.