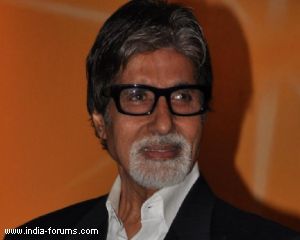 Rewind to the 1980s - Amitabh Bachchan's many heroines leaned over his hairy chest and twiddled with the curls - scenes which left that generation of women romanticising male chest hair. Fast forward to 2000 - an era of male stars with clean-shaven, chiselled torsos topped with the perfect six-pack.

"Chest hair was the six-pack of the 1980s," filmmaker Shirish Kunder tweeted recently, sparking a pertinent thought - Where's the male actor who came on screen with his torso as it was?

The answer lies in the common man and woman's choice itself!

A survey conducted by consumer electronics manufacturer Philips India, which is set to launch a range of grooming products for men, indicates 65 percent men (out of 500 respondents aged between 18-25 in Bangalore, Hyderabad, Kolkata, Mumbai and New Delhi) are comfortable with the idea of removing body hair below the chin.

What drives this? The urge to look good and attractive for one's partner.

"A well-built body and an overall well-groomed personality have now become the benchmark for one's macho quotient instead of the amount of body hair one sports," actor John Abraham, who has unabashedly sported his neat, toned chest on the big screen, told IANS.

"In recent years, we have seen a huge style revolution among men and they have started taking their grooming very seriously, be it experimenting with their clothes, facial hair, or body hair.

"Women today also prefer their partners to be more hygienic and well-groomed in every aspect, even if that means shaving off their body hair," added John, who is also the brand ambassador of the Philips Male Grooming Range.

According to 80 percent of the women who were part of the survey, too much body hair on their partner is a turn-off.

Amita Biswas, 56, feels "chest hair is sexy and men with hairy chest can be trusted", while 25-year-old Kavita Bansal said: "It is totally uninviting and unhygienic."

It surely is a matter of the generation gap.

Cut to the 21st century, the younger lot of these actors and many more a la Abhishek Bachchan, Hrithik Roshan, Ranbir Kapoor, Farhan Akhtar and Shahid Kapoor, barring the fuzzy Abhay Deol, resorted to shaving, waxing, epilators, hair removal creams and even laser hair removal treatment for a smooth and clean look.

And just like most Bollywood trends do, this trend moved to the streets among commoners too.

Women are increasingly backing it and encouraging their male partners to shed their body hair. They are open to presenting their man with a razor or bodygroomer, booking him a waxing session and also discussing their likes or dislikes regarding body hair - all facts reaffirmed by the survey.

"It is good to be open to your partner and if it means talking about things like removing chest hair, why not?" said Pragya Sinha, a professional who prefers the waxed look.

But some, like actress Asin Thottumkal, laugh about it. "I don't judge a man by his chest hair. Whatever he is as a person matters more to me. I would go for his personality rather than his chest hair," she said.

Director Rohit Shetty was into splits when IANS posed the question to him and, amid laughter, he uttered: "I am a man, how can I answer this?"