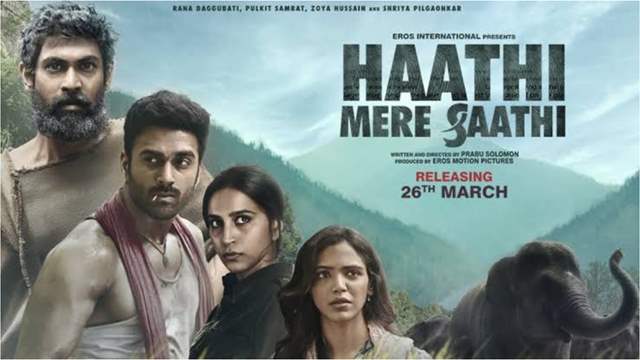 We have gone through some turbulent times since the past year and the situation hasn't changed much. While we thought everything was getting back to normalcy, the sudden rise in Covid cases are worrisome.

Given the current situation, the makers of Haathi Mere Saathi have decided to hold back the release of the Hindi version of the film from the trilingual adventure drama starring Rana Daggubati, Pulkit Samrat, Shriya Pilgaonkar and Zoya Hussain.

However, the Telugu and Tamil versions, Aranya and Kaadan will release as planned on 26th March, 2021.

Check out the statement issued by Eros International here:

Dear viewers, it pains us to share this news but given the COVID-19 situation in the Hindi markets, the team of 'Haathi Mere Saathi' has decided to hold on to the release of the film. We shall keep you posted on further developments. However, we will be releasing 'Aranya' and 'Kaadan' in the South markets on the 26th of March. 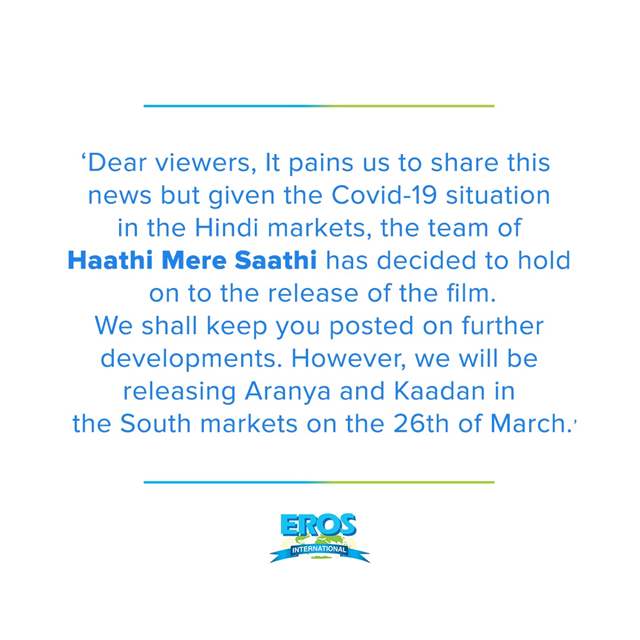 Directed by Prabu Solomon, an expert on films around wildlife, Haathi Mere Saathi is a story inspired by multiple events and traces the narrative of a man (Rana Daggubati), who spends most of his life in the jungle, dedicated to protecting the ecosystem.