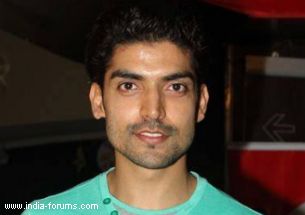 Gurmeet Choudhary, who is beginning his film journey with Mahesh and Mukesh Bhatt's Vishesh Films banner, is looking forward to the first of his three-film deal.

"Vishesh Films is a big banner. I was very excited when I was told about the role. Bhatt saab has made such great films," the actor said here Friday at the opening of a jewellery store.

Gurmeet refused to say anything about the genre of the film, but said he is open to doing different kind of films.

"My action and dance is very good, so it could be something on them...I also like films like 'Citylights' and I would want to do such a film. I am not choosy and would work in any film with a good script," Gurmeet said.

The actor was a finalist in the recently concluded reality show "Khatron Ke Khiladi".

He became famous on the small screen after portraying the epic character of lord Ram in the 2008 show "Ramayan".